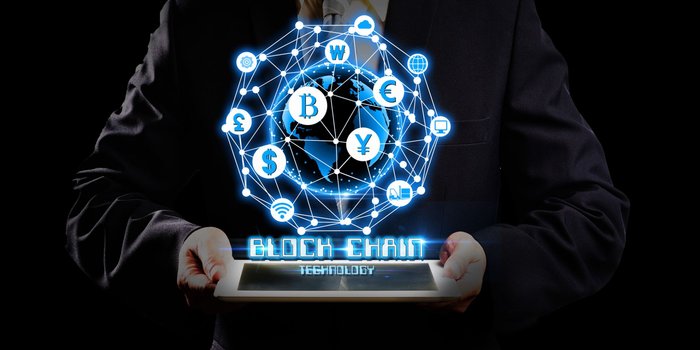 However, there is new light dawning for blockchain technology in the business arena. CNN’s Richard Quest sat down with Claus V. Hemmingsen, vice CEO of Maersk, on the 24th of September to discuss, among other things, their joint venture with IBM on their new Tradelens blockchain Shipping solution.

This is the first in hopefully many other public adoptions of the blockchain technology by the big hitters in the business sphere. This new optimism in the technology has been largely enhanced by the increasing utilization of blockchain by governments in many nations.

If the proof is in the pudding, then we must supply the pudding before we eat it. Blockchain as a technology has captured our imagination, but has it really delivered the goods? These few instances where blockchain has been considered and used effectively just may be enough to awaken a spark of interest in you as well.

The role and duties of public administration have not changed for centuries. What has changed dramatically is the amount of data and the way public institutions process it. And while there are digital technologies in place that help collect and process the data, some issues are left unsolved — anonymization, transportability and immutability of this large array of data.

“What public administration lacks at the moment is a more convenient user experience (UX) to work with the data,” says Sasha Ivanov tech, entrepreneur, founder and CEO of Waves Platform and the Vostok project. “What could improve the UX is the introduction of a certain layer, a trusted common environment that will anonymize and store the data transparently and unalterably.”

Governments are slowly recognizing these issues by launching programs such as a U.S. Federal Blockchain program for federal agencies and businesses. The U.S. hosted its first Federal Blockchain Forum in July 2017, and the GSA currently has a repository of more than 200 use cases. “Distributed systems could indeed help create such a trusted environment, improve our work with Big Data and even serve as a glue bringing all emerging technologies together including artificial intelligence and Internet of Things,” explains Ivanov. “Every time you deal with any technology, it is always the sum of some others.”

It is essential to demonstrate not theoretically but practically now that blockchain-backed systems can work, that all that experts claim is possible. In other words, more production-ready solutions are needed.

Related: These 6 Industries Are Using Blockchain to Gain a Competitive Advantage

Governments need to make transactions, and many of these involve an exchange of funds with the citizenry. Blockchain technology has potential applications in reducing the cost overhead in funds transfers. This can be done either with the help of launching new cryptocurrencies that are based on blockchain or by using blockchain as a means of transfer of funds itself. If this is perfected, the possibilities for businesses are endless, particularly for those that transact internationally or over the internet.

Project Jasper has been developed by Bank of Canada to provide them with insights as to how central bank and other financial institutions can complete interbank payments on a distributed ledger. Bank of Canada has also developed its own variant of digital currency called “CAD-coin” for testing the feasibility of using a national currency on the blockchain.

An interesting conclusion of the project has been the rejection of public PoW systems. In a paper titled “Project Jasper: Are Distributed Wholesale Payment Systems Feasible Yet?” the authors observe that “PoW systems are ill-suited for these types of large-value systems because they operate under the assumption that all transactions in the system are, at a certain level, publicly observable.”

We may not be there yet, but the exciting possibilities are virtually calling out to the private sector and businesses.

Related: 5 Ways Blockchain Technology Will Change the Way We Do Business

Governments have the responsibility to maintain copyright records and databases. These records prove the ownership of intellectual property. A blockchain-based system can allow for time stamping of work by various performers, artists and writers, etc. This type of system can, in theory, sniff out copyright violations and also enable the permanent record keeping of rights. Governments are making a move toward this already.

Iran recently announced that it would deploy the technology. The Financial Tribune of Iran quoted Morteza Mousavian as saying, “The Ministry of Culture’s digital media department has forged a deal with a blockchain company to devise a system which can be used to preserve online copyrights.” He added, “The procedure will be fast and user-friendly.”

This is still in the early stages of implementation, but it opens up possibilities for businesses to duplicate the technology for record-keeping as well. Theoretically, businesses can use blockchain for accounting purposes and to sniff out errors in real time.

It is the responsibility of the government to create a level playing field for the citizenry. Underprivileged or economically disadvantaged citizens need governmental support and help so they can sustain themselves and get the strength to thrive. However, benefits distribution is not simple or straightforward. There are real-world issues, like corruption and impersonation, that mar various programs run by governments.

In China, the National Council for Social Security Fund is conducting early research about how blockchain can be used to improve the transfer of state benefits to the citizens. India, too, is in on the action, with the states of Andhra Pradesh and Telangana using blockchain to buttress their civil supply system.

This same technology has been rumored to be considered by companies including Microsoft, which have international reach as per staff and functions, and may soon become available to smaller businesses when perfected.

In order to build public infrastructure or to deliver services, governments want to benefit from economies of scale as well as competitive bidding. However, the bidding process is not always fair or transparent. Public procurement has long been a victim of rampant corruption in different parts of the world. Transparency Internationalindicates, “Contracts to suppliers can be awarded without fair competition. This allows companies with political connections to triumph over their rivals. Or companies within the same industry can rig their bids, so each gets a piece of the pie. This increases the cost of services to the public. We’ve found that corruption can add as much as 50 percent to a project’s costs.”

So how can blockchain fix tendering? According to Ivanov, “Unlike scattered centralized systems, a single ledger powered by blockchain can refine the tendering or any other process where financial tracking needs to be as transparent as possible. The adoption of blockchain will help to track how funds are being spent and ensure the expenses are made as was intended and within the permitted time.”

Blockchain-based tendering systems have already been announced by Japan’s Ministry of Internal Affairs and Communication and are a ray of light for small to medium-sized enterprises in business spheres dominated by heavily connected companies.

A majority of these cases are far from complete, but they do present a lot of possibilities for businesses and governments. Of course, the key is in implementation, but we can certainly bear to have some optimism that this often misunderstood technology just may be finding places of permanent usefulness.

Hopefully, IBM and Maersk’s Joint Venture is just one of many.