Home Blockchain Blockchain primer for CFOs: What it is and how it can deliver... 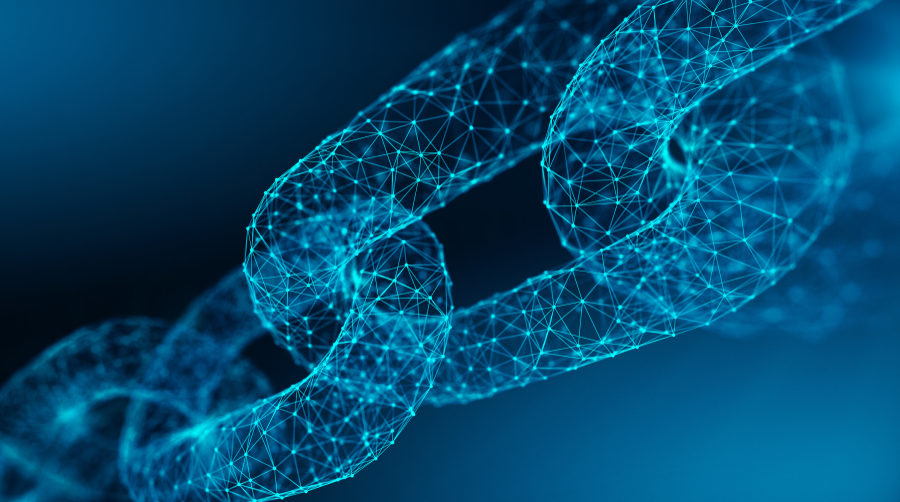 Blockchain technology is becoming more widespread, and early adopters will be in the best position to take advantage of its potential.

You may have heard the term “blockchain” being bandied about, which is unsurprising considering it’s become much more common in healthcare settings. Best known as a base technology for cryptocurrencies, it has potential uses in the health industry, but also poses a couple of concerns.

Before exploring its benefits and drawbacks, though, it’s useful to define the term and determine what its potential use cases could be in the realm of healthcare. So you’ve heard the term “blockchain.” Now what is it, exactly?

But in basic terms it’s a distributed ledger technology for storing data as an unchanging, and unalterable, series of records. It first came to prominence as the basis for cryptocurrency Bitcoin, in which it transferred value without an intermediary, like a bank.

That’s one of the main tricks in its repertoire. It also provides a distributed ledger, ensuring no one can spend the same money twice. And instead of recording transactions in a central database — in which funds are deducted from one account and added to another — blockchain chunks digital records in blocks, which are then chained together with cryptographic keys. The chain then tracks the history of changes.

The participants each get a copy, and the content of each block is locked. If anyone deigns to alter the data, their copy of the chain will be broken, immediately and without subtlety.

Potential applications for the distributed ledger technology include claims processing and credentialing, among many others. There are likely revenue streams and business models that are enabled by using blockchain, providing there’s an organizational understanding of what the technology is and what it can do.

SO WHAT CAN IT DO?

It can do a lot, as it turns out. Take credentialing as an example. It’s a well-known source of pain for both payers and providers. Blockchain holds the potential to drive efficiencies in the way provider credentials are validated, and that could have a return on investment for hospitals and payers — about $7,500 per day in deferred net revenue per doctor that it would take to credential them, Hashed Health Chief Operating Officer Corey Todaro told HealthcareITNews.

The possibilities don’t end there. In its 2018 Global Blockchain Survey earlier this year, Deloitte found that of more than 1,000 executives worldwide, from all industries, about 74 percent said their organizations see a “compelling business case” for the use of blockchain. They’re planning their technology investments accordingly.

There are four potential promises these executives see in blockchain. One is disintermediation: Blockchain could help health systems avoid relying on costly go-betweens like medical data aggregators and provider data-validation servicers claims clearinghouses.

Some see blockchain as having a capacity for transparency and auditability. Value-based reimbursements, clinical supply chains and other complex transactions could benefit from more openness and efficiency among various stakeholders.

Industry collaboration is another possible benefit. More efficient information sharing for use cases such as provider credentialing, longitudinal patient records and clinical trials could be enabled by blockchain.

While there are certainly benefits to adopting blockchain technology, C-suite executives should be prepared for business models to fundamentally change. And with change comes some potential concerns.

According to Forbes, a universal blockchain standard poses new privacy and security risks. Health data breaches have become somewhat of an epidemic, and 40 percent of those breaches come from “insiders,” people who already have access to health records in some form.

Because of shifting schedules, ill-defined needs for information and complex roles, it’s often difficult to define who should access which records. There are also disincentives to preventing people from seeing the information, since instantaneous access to it can sometimes be a life-or-death situation pertaining to things like allergies and medications.

That creates an uncomfortable Catch-22. For healthcare to see the benefits of blockchain-based medical records, everyone that might need sensitive patient information needs access. But as a health system becomes more successful, the more there’s a systemic risk for patients, especially if the organization lacks the ability to determine who should and shouldn’t be looking at a medical record.

WHAT TO DO TO BE SUCCESSFUL

First, it’s helpful to not get locked into a single protocol. Blockchains are deployed through open-source protocols, and each protocols feature sets and functionalities are constantly changing, so organizations have to be flexible, and use the particulars of each use case determine which protocol to go with.

Second, organizations should create their own enterprise blockchain strategies. Here, it’s important to experiment with a couple of different use cases, seeing whether certain features and functions mature, and whether the value might evolve in the short term. Participating in a pilot can help in this regard.

Third, it will be important to get on board early. That allows an organization to help design the governance agreement, and get some of the hard learning out of the way — so in a couple of years, when blockchain is ubiquitous, navigating its benefits and drawbacks will become simple muscle memory.

How Will COVID-19 Encourage the Adoption of Contactless Technologies?

Internet of Things in Construction