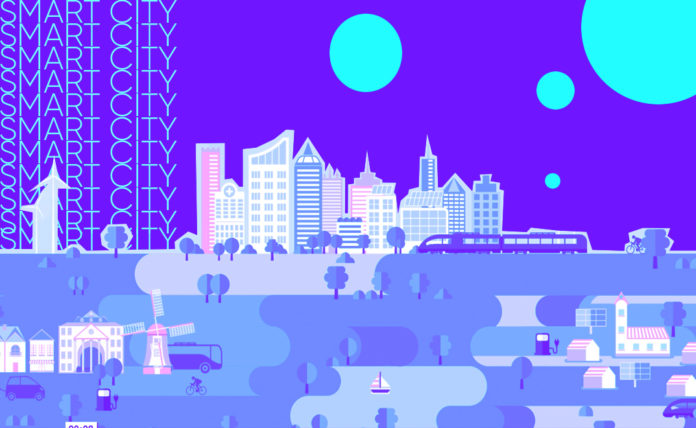 In this installment of IFA’s Smart City series, Marc Bielas provides four different sources of smart city media to frame your understanding of smart cities in 2019 and beyond.

As 2019 begins and the promise of 5G connectivity, distributed sensing and tech-enabled citizenship continues to crystallize, more and more people will begin to hear about “Smart Cities”. Perhaps you’re coming from my previous articles on the topic, What is a Smart City, and Smart City Approaches in the Real World, or perhaps you’re brand new to the topic. Either way, this short syllabus of smart city media will guide you in understanding the history and potential of smart cities.

In his hour and a half long film, award-winning documentary filmmaker Gary Hustwit provides a concise introduction to urbanism. Hustwit focuses on the way cities are adapting to present and future challenges (e.g. massive population growth and climate change) rather than the dwelling on the past. By doing so, the film provides an excellent introduction to both the changes within and the changemakers of cities.

Hustwit places equal emphasis on traditionally studied cities (e.g. New York and Paris) and those which haven’t been in the limelight (e.g. Mumbai, Bogota, and Cape Town). He provides an interdisciplinary and global look at the future that’s beginning to take shape in our streets.In this installment of IFA’s #SmartCity series, @MarcBielas provides four different sources of smart city #media to frame your understanding of smart cities in 2019 and beyond. || #IoTForAll #IoTCLICK TO TWEET

Anchored by the idea that in the next decade more than $100 billion will be spent on smart infrastructure, Anthony Townsend’s book defines a smart city as an environment “where information technology is combined with infrastructure, architecture, everyday objects, and even our bodies to address social, economic, and environmental problems.” As a city planner and technology forecaster, Townsend straddles the line between tech insider—outlining the cookie-cutter approaches to city building that large tech companies are taking—and grassroots urbanists—shedding light on the stories of civic hackers seeking to develop community wireless networks and open source microcontrollers. Towsend tends to be skeptical of the former. His book provides a skillful analysis of the urban confluence of rapid urbanization and ubiquitous computing.

3. The City of Tomorrow: Sensors, Networks, Hackers, and the Future of Urban Life—Carlo Ratti and Matthew Claudel

As two of the trailblazers of urban technology, Carlo Ratti, who directs MIT’s Senseable City Lab and Matthew Claudel, who co-founded designX, an MIT initiative that accelerates design-centric business ventures affecting the built environment, provide a remarkable analysis of the major technological forces driving urban change. The book contains a wide survey of topics at the intersection of urbanism and technology, including energy, architecture, social networks, and mobility. The main thesis of the book echoes the two previous entries on this syllabus. It calls for a new approach to planning cities, whereby designers and the public develop ideas symbiotically.

4. City of the Future—SideWalk Labs

In their bi-weekly podcast for SideWalk Labs (Alphabet’s Urban Innovation group), Eric Jaffe and Vanessa Quirk provide deep dives into ideas and technologies that will transform the cities of the future. By traveling to the sites of these innovations, speaking to experts and providing thoughtful commentary, Jaffe and Quirk provide a great primer to technologies such as mass timber, adaptive traffic lights, and delivery robots. Their podcast also includes interviews with core team members at Sidewalk Labs, providing insight into Alphabet’s vision for our urban future.

If you’d like to learn more about smart cities, read “3 Frameworks for Understanding the Promise of Smart Cities” and follow along IoT For All’s Smart City Series.

The State of the Smart Home: Leading Manufacturers Weigh In

Ways in Which IoT Is Improving Lives