Home IIoT The IoT and the Creation of Smart Roads 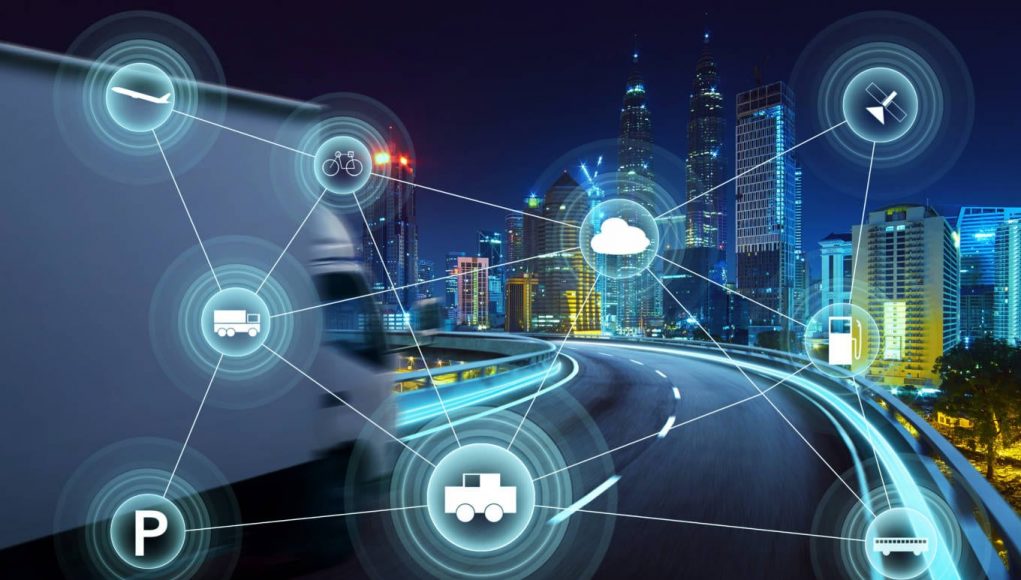 If cars are getting smarter, roads should as well…Smart technology and the Internet of Things ( IoT ) are changing the world in a huge way. One of the biggest trending news items is the rapid development of autonomous vehicles. Yet, they are only part of the future of our roads. As Studio Roosegaarde founder Daan Roosegaarde told BBC in 2014, “Whenever we talk about innovation and mobility, it’s weird how we focus on cars, while roads are somehow pushed away in a corner. But the infrastructure you and I use actually dominates the landscape much, much more. If cars are getting smarter, roads should as well.”

Roosegaarde set out on his vision of creating smarter roads. His innovative Van Gogh bike pathin Eindhoven in the Netherlands, for instance, “uses sunlight-charged paints to create a twinkling, glow-in-the-dark pattern for night illumination.” He also installed glowing lines on highway N329 in Oss. Two years later, France unveiled its own version of a smart road, formally opening the first solar road in Tourouvre-au-Perche in Normandy. Incidentally, France is one of the leading countries for installing solar panels in roads to augment electricity needs for street lighting and light emitting advertisements at night.

Yet, the potential of smart roads is much more than converting solar power. In China, for instance, a span of highway in Jinan is being transformed by Qilu Transportation Development into a futuristic smart road. It will be equipped with, among other things, solar panels, electric-battery rechargers, and mapping sensors.

“In the future, when cars are running on these roads, it will be like human beings,” explains Qilu general manager Zhou Yong. “The road will feel and think to figure out how heavy the vehicles are and what kind of data is needed.” Zhou also talks about “transplanting brains and a nervous system” to the 1,080 metre-long stretch of road, through the IoT.

Across the Atlantic, the U.S. government is set to incorporate smart road technology along a portion of Highway 285 in Colorado. NBC report that the road surface of this span will be “covered with factory-made concrete slabs featuring Wi-Fi connectivity and embedded fibre optic cables that act as pressure sensors,” which will be connected to the Internet. These sensors, in turn, can monitor road wear and tear and “‘feel’ vehicles like fingers on a touchpad.” They can also alert motorists on traffic conditions on that portion of the road, or even call for help in case of accidents.

While smart roads may still be in their infancy, big leaps forward are currently being made in the use of data analytics in North America. In the commercial trucking industry, the use of Electronic Logging Devices (ELD) has been fully integrated into the logistics industry. Verizon Connect lists the features present on ELDs, including route optimisation, service personalisation, and driver and equipment monitoring. These allow fleet companies to use data to improve every aspect of a vehicle’s journey. While the data is coming from the vehicles and not the roads, it shows how far advanced IoT integration into public roads has come, and provides a roadmap to the future. The hopes are that other European countries will also look adopt similar devices to the ELD in the coming years.

There will, of course, be security concerns when it comes to the IoT, but they can be addressed as we previously discussed in ‘How Do We Enhance Trust in Connected Things?’ Other than that, the issue now is whether there will be an even bigger push towards making roads smarter. We believe in the power of the IoT, and we are certainly looking forward to a future when even roads are fully connected to the IoT.

Using The Internet Of Things For Smart Office Automation

The History of Smart Homes! (episode 1)