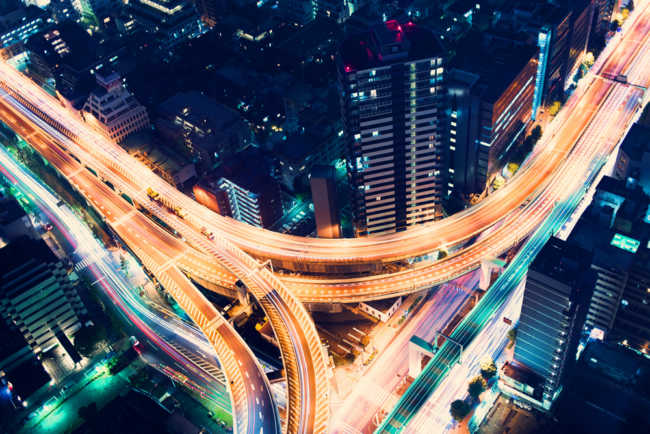 Urbanization does not always occur organically. To accelerate China’s “Four Modernizations” campaign, for instance, the country plans to move 250 million people to cities so it would end up with 900 million urbanized people by 2025. The process of urbanization leads to exurban sprawl, the formation of slums, scattered workplaces, and aging infrastructure. These may cause huge inefficiencies in energy use, traffic, governance, waste management, and pollution, among others.

To meet these social, economic, and environmental challenges, the public and private sectors invest heavily in smart city technologies. The following technologies and trends associated with smart cities were identified in the previously mentioned ISO/IEC Smart Cities Preliminary Report:

The global smart city investment revenue is estimated to reach US$88.7 billion by 2025 from US$36.8 billion in 2016. Technology use is expected to reduce carbon emission by 15% by 2020, resulting in 1 ton of CO2 reduction per capita or US$946 billion in financial savings.

For a city to be considered “smart,” it must use smart technologies in its critical infrastructure sectors. Download “Securing Smart Cities – Moving Toward Utopia with Security in Mind” white paper to understand how smart technologies are currently being implemented in the energy, transportation, environment, communications, and government sectors. The paper also discusses the risks of using smart technologies in critical sectors and will provide actionable steps to help local governments and urban developers design more secure smart cities, as the authors provide a 10-Step Cybersecurity Checklist for Smart Cities.

Smart city implementations reflect the way people in them perceive their daily needs. New York, for instance, provides gunshot alerts, which do not exist in countries where owning weapons is not legal. Boston, meanwhile, puts greater emphasis on improving transportation and reducing CO2 emission.

Smart cities are not limited to developed countries. China, for instance, had 386 smart cities as of 2015; India had 329 projects in 60 cities, according to the web page of the Smart Cities Mission, Ministry of Urban Development; Chişinău, Moldova had a smart city hackathon in July 2016; and grassroots open data projects take place in Africa, including “Map Kibera.”

Trend Micro Forward-Looking Threat Research (FTR) Team have chosen several cities (table 2) to show various aspects of the smart city concept and discuss how smart infrastructure can be attacked. While technological deployment may not cover an entire smart city, the team still listed the area and population of each city featured in this paper for reference.