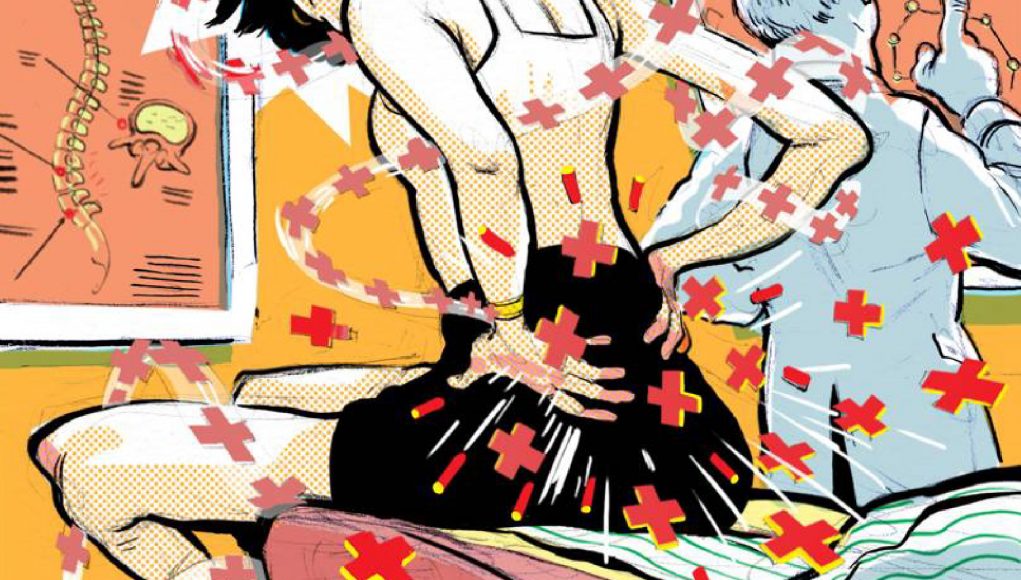 Medical treatment today primarily takes the form of drugs and therapy. But a third option is slowly emerging: on-body, digital devices that can treat both mental and physical conditions. Such “wearable” therapy offers unique advantages in that it is often more targeted, cheaper, personalised and has fewer negative side effects.

Mobile and wearable devices such as phones or fitness trackers are now routinely used for preventive health. They monitor physiological data and behaviour, increase self-awareness and encourage behaviour change. They are also starting to be used by medical professionals to diagnose and monitor diseases. So far, the use of these devices for intervention and treatment has been limited to apps that issue reminders to exercise, guide us through meditation, or provide support for cognitive behavioural therapy. In 2019 this technology will expand into the world of mainstream therapeutic intervention.

Therapy by means of digital devices is so far mostly limited to information on a screen, but so much more is possible. Early experiments in both academia and industry labs point at the potential for wearable devices that don’t just collect data about our bodies – they also stimulate them through our various senses to improve our body and mind. Vibrational, temperature-based, olfactory and electrical stimulation all offer significant, largely unexplored opportunities for solving both physical and mental health issues.

I am not talking about direct brain stimulation (TMS and tDCS), which for a while now has garnered excitement among professionals as well as fearless, self-experimenting amateurs. The promise of those approaches mostly remains to be proven through rigorous, controlled studies. Instead, a relatively new approach consists of using devices that stimulate a part of the body or peripheral nervous system to solve a specific problem. These devices have the potential to be more precise, safer and easier to use than brain stimulation.

One great example is the Emma device developed by researcher Haiyan Zhang at Microsoft. This simple wristband uses a noisy vibration signal to stimulate the hand of a Parkinson’s patient who has a tremor. The result is life-changing in that the patient is once again able to perform tasks such as drawing or writing that require precise motor movements. Caitlyn Seim, a PhD student at Georgia Tech, has had similar success improving arm function after a stroke using a computerised glove that provides vibro-tactile stimulation. Her solution is not just cheaper than physical therapy, but also mobile, and requires less effort.

At the MIT Media Lab, post-doctoral associate Nataliya Kosmyna has designed a device called AttentivU that, in real time, measures a person’s attention to external stimuli using EEG and provides haptic feedback when attention is low to nudge the person to pay attention again. Her experiments show that subjects are more attentive and perform better on comprehension tasks.

The system is currently being integrated in the form of simple eye glasses to make the device socially acceptable and easy to put on or take off. In comparison with the drug-based solutions currently adopted by many of the ten per cent of schoolchildren diagnosed with ADD/ADHD, this wearable form of therapy has fewer side effects, and can be used when the moment requires.

Other researchers, such as Jean Costa at Cornell, have demonstrated how false feedback of heart rate can be used to help a person regulate their emotions. And BrightBeat, software developed by MIT Media Lab PhD student Asma Ghandeharioun, can slow a person’s breathing rate by embedding a barely noticeable rhythmic pattern in the music they listen to. In the commercial realm, a new product called Livia promises to alleviate menstrual cramps with a small, simple device that attaches to the skin of the lower abdomen and provides electric nerve stimulation to produce pain relief.

While we are already dependent on our mobile technologies for our everyday tasks and goals, we will soon also rely on digital technologies for optimal functioning of our bodies. In the true sense of the concept of cybernetics, technology is becoming a part of us, integral to our daily lives and regulating some functions on our behalf.

This makes a lot of sense: as our devices are with us 24/7, they not only have the potential to know us better than even our closest friend or family member, but they are able to support us in the moment, intervening when a situation calls for it. In addition, they can be highly personalised and can potentially adapt and optimise their functionality based on observed user data and machine learning. While we need to be careful to make sure these designs safeguard privacy, give complete control to the user and avoid dependency whenever possible, there are countless possibilities for digital, wearable technologies to supplement and even replace traditional drugs and therapy.

How Will COVID-19 Encourage the Adoption of Contactless Technologies?

How Internet of Things Help Students