Home Apps What Are the Autonomous Driving Levels? 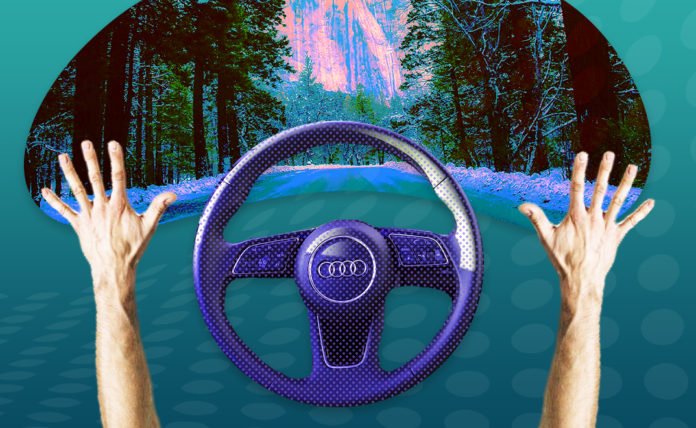 Autonomous vehicles are categorized into five levels of autonomy. Level 0 refers to your average unconnected car. Level 1 vehicles contain technologies like lane switching assist. Level 2 technology like Tesla’s Autopilot allow some “hands-off” operation. Level 3 vehicles represent the cutting edge of “hands-off” AVs; currently, only the 2019 Audi A8 is a level 3 AV. In a level 4 AV, the driver could doze off. And in level 5, the driver would become just like any other passenger.

With all of the buzz around autonomous or self-driving vehicles in the news, you may be wondering, “What are the autonomous driving levels”?

Back in 2013, the US Department of Transportation’s National Highway Traffic Safety Administration (NHTSA) came up with a set of five levels (well, six including level 0) to characterize the classes of self-driving cars and their capabilities. So let’s jump right in and talk about each one.

This is where most cars stand right now. The driver of the car is responsible for all driving tasks, including accelerating, braking, steering, etc.

Also referred to as “hands-on” self-driving capabilities, level 1 includes cars capable of adaptive cruise control, lane keeping assistance and parking assistance. The driver is still responsible for most operations of the vehicle, but some tasks are delegated to onboard and/or IoT-enabled technology.

Here is where the real fun begins. At level 2 we enter the “hands-off” level of self-driving. Here drivers must remain in the vehicle and alert at the wheel, but they are no longer in control of most operations of the vehicle. Contrary to the name, it’s in fact required at this level that the driver’s hands remain in contact with the wheel. Tesla’s Autopilot bills itself as a level 2 technology.

This is the real hands-off level of self-driving capabilities. Here, the driver is allowed to remove not just their hands but also their attention from the vehicle. This frees up the driver to read or watch movies while the self-driving technology takes care of the rest. In this level, however, the driver must remain available to take control of the vehicle in case of an emergency. The first vehicle to boast level 3 autonomy is the 2019 Audi A8 (sadly, it’s only released in Europe). It has the ability to take full control of the vehicle in traffic jams of up to 37 MPH

At level 4, the main upgrade is that the driver is no longer needed for safety. They can simply doze off and let the car get them where they need to go. In the event that driver interaction is required, a level 4 vehicle must be able to pull off of the road safely until the driver takes over.

This is the holy grail of self-driving technology. It’s where no human interaction whatsoever is needed. The driver becomes no longer the driver but the passenger. The vehicle has no more need for a steering wheel or any other old-school outfitting.

Considering that only the first level 3 vehicles are rolling off the line right now, there’s a long way to go before level 5 self-driving capabilities are main-stream. However, the pace of progress is meteoric. It won’t be all that long before the first cars that let you sleep during your commute begin showing up.

What Are the Autonomous Driving Levels?