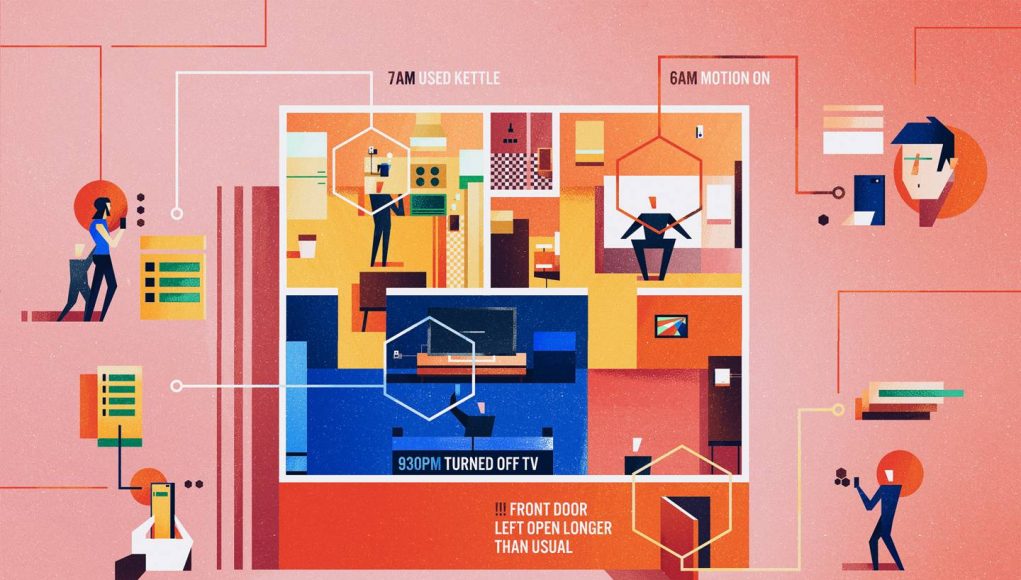 With no end in sight to the squeeze on public health and social services, the private sector is picking up the reins and making connected homes work for the elderly

It’s a familiar role-reversal. From the moment they are born, children are the constant, at the forefront of their parents’ mind. And from the moment the health of those parents begins to deteriorate, that concern is passed back to the children. Given the market is already flooded with baby monitoring devices that alert tired parents to fluctuations in everything from nursery room-temperature to the infant’s heart rate, interventions for older generations feel long overdue. This is, however, a result of one defining differentiator: parents talk back.

“There are many technologies that have existed to help older generations,” says Americo Lenza, director of strategy and propositions at Centrica Hive, “but the main challenge we recognised through our research – and from our partner, Carers UK – was around enabling that difficult conversation between child and parent to happen in a thoughtful manner. Awareness is critical, and drives that conversation.”

Centrica Hive, borne out of British energy company Centrica, launched a line of connected thermostats in 2013 in response to a customer demand for easier control over energy consumption. Now, it is expanding its connected products with Hive Link, a smart home service designed to help family members and caregivers stay connected with parents. The artificial intelligence system is made up of a set of smart devices that sit in the background collecting data to learn routines, in order to notify carers or family or friends of unusual activity, such as a front door staying open for longer than usual. It’s aimed at helping people live independently in their homes for longer, so whether an individual is 60 or 90, it could be appropriate if they are active enough to remain at home.

“When we first starting building Link we identified this need to provide peace of mind to customers on the carer side in a quick manner, so they know what’s happening in the home in a sensitive, non-intrusive way,” says Lenza. “We wanted to allow carers to share the efforts.”

Hive Link is far from alone in recognising this need. By 2060, a third of Europe’s population will be over 65 and close to 70 per cent of over 65s already suffer from health issues that hamper their ability to walk and hear today. Social care public spending in the UK has dropped by 21 per cent in recent years, which has been linked to an increase in A&E visits by older people.

Meanwhile, the market has been flooded with fitness trackers that are paving the way for at-home medical devices designed to reduce hospital visits. And while the most highly medicalised connected devices have not yet gained much traction, we have seen a peak in interest around passive monitoring. Fitbit has invested in glucose-monitoring startup Sano, and Google has collaborated with researchers at Canada’s University of Waterloo on a radar device for detecting glucose levels. Carer-matching startups such as Vida, meanwhile, emphasise the autonomy of the individual, the importance of good relationships with carers, and transparency over data sharing.

The sector is young, but growing fast. In 2017, €11.8 billion was spent in Europe on internet of things home security, wearables for personal wellness and health monitoring, and remote health monitoring.

“There is clearly a momentum of the medical sector trying to get into the home,” says Christophe Defert, VP of Centrica Innovations, the company’s investment and ventures business, which is looking to put £100m into related new technologies. “We are scoping the globe to figure out which different technologies – like radar and sound – will be useful.”

One such startup working in the space is Israel-based MyndYou, which uses artificial intelligence to passively monitor the cognitive and behavioural functions of an individual at home. Like Hive Link, it alerts family members or caregivers to any deviation so they can intervene at the right time and in the right way (as with any new technology in the home, overstep the mark and it can irreparably damage confidence and trust). A web platform is used by care providers to conduct calls, during which the voice of the client is analysed. An app also works in the background, passively collecting data such as voice, walking or sleeping – anything that could flag up changes in cognition.

MyndYou says two main factors make the system successful. It listens to what founder and CEO Ruth Poliakine Baruchi calls, the “music” of the individual’s personal activity. “It doesn’t only listen for patterns,” she explains. “It listens to levels of complexity created by the person while they are living their daily life, and this level of complexity correlates to their cognitive ability. It allows us to be agnostic to language or context meaning, from a privacy perspective, we don’t listen to what she or he is saying or doing, but how they are saying or doing it.” “We should not use technology as the sole communicator, and at the same time we shouldn’t put all the weight on family members”

The second factor, is human contact. “Due to the sensitivities around monitoring and tracking changes, we realised the best way to make people want to participate was by showing them the value. We do this by closing the loop with human touch – we don’t just monitor; we connect actionable insights to care providers who then call them up. Those carers can improve things, or help with their loneliness. The [caree] see that it serves them, rather than just perceiving it as ‘big brother’ watching.” So far, she says, the approach has been successful. More than 150 people have used it in their homes for more than three months, and more than 20 practitioners are trained to use the platform.

Centrica Hive is also focusing on communication and transparency to help increase uptake. The carer and caree must be there when the system is installed, and both sign contractual obligations. “The homeowners know exactly what is being fitted into their home and see what data is being sent back to loved ones and carers,” says Lenza. The homeowner can access the data themselves, though Lenza admits few have opted to. “Perhaps in the future, a more tech savvy market will want to see their own behaviours.” As a heritage brand, Centrica feels it has the consumer trust to engage the demographic, and it uses British gas engineers to install the device for the same reason.

Devices like MyndYou and Hive Link exist to alleviate the strain on social and health services. But they are also there to alleviate the strain on informal carers, which are growing in number. “Whether officially looking after people or being mindful of parents, that drives strain on people’s’ lives and impacts their health,” says Lenza. And yet, what no company in this space wants to do is replace the human connection with a machine.

“We should not use technology as the sole communicator, and at the same time we shouldn’t put all the weight on family members,” says Baruchi. “Technology is a tool for allowing more people that are less certified to communicate with seniors when they need it for social and health reasons. We get very good feedback about the human touch, even if it’s short communication over the phone.”

On the other side of the relationship, a woman trialling Hive Link referred to it as “a quiet comfort” – it removed the sense of urgency she felt when checking in on her mother, who lived 400km away and suffered from Parkinson’s.

“Quiet comfort” seems to be the epitome of passive monitoring. But it’s likely more active tracking will enter in the future. Just as Fitbit helped beckon in the age of passive monitoring, so will expensive, at-home fitness machines such as Mirror (which live streams people into classes, is fitted with cameras and gathers biometric data), drive acceptance of more overt, medicalised, monitoring.

”At CES this year we saw examples of at-home robotic healthcare assistants which may well have a customer need in the future as we try to live independently for longer, but at the moment, for many people, that’s difficult to imagine,” says Defert. In lieu of that day, when androids wake us in the morning with a tumeric smoothie laced with our daily medication, passive monitoring feels an easy transition.