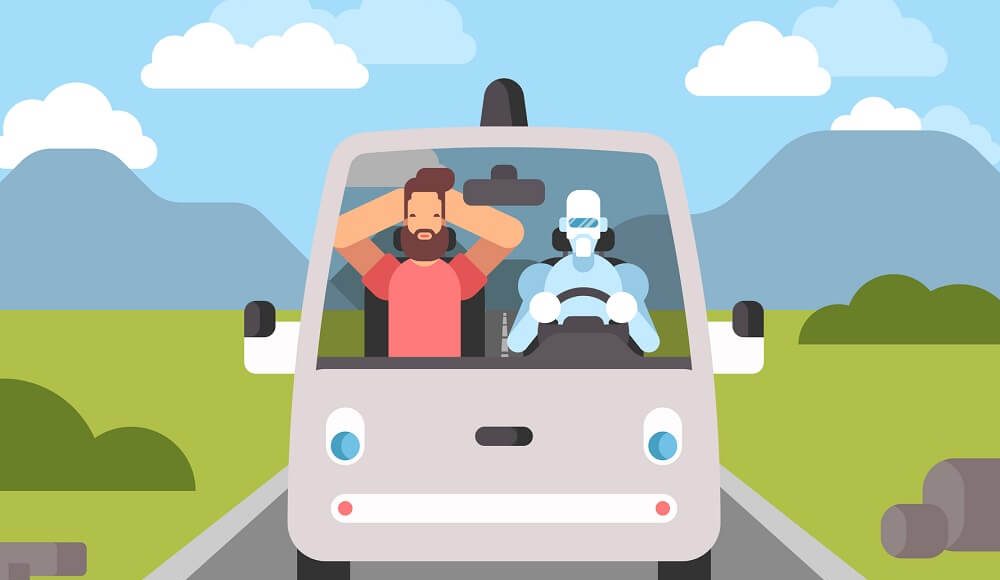 Autonomous vehicles promise to be a disruptive technology, able to revolutionize our society in many ways, just like any other groundbreaking discovery. Despite the fact that details about some prototypes have been leaked in the news, the truth about what those vehicles can and cannot do is still somewhat shrouded in mystery. Unsurprisingly enough, when info available is sparse, a lot of myths and misconceptions surrounding these vehicles can start circulating. We at Techopedia are here to debunk them and let our readers know the truth about self-driving cars…

Except they’re even more secure than traditional cars, for a lot of different reasons. This myth originates from an experiment run in 2015 by a couple of journalists from Wired, whose traditional, non-autonomous Jeep Cherokee was controlled by a remote hacker who was even able to “drive it” for a while. However, the first thing that an attentive observer would notice, is that the experiment happened in 2015. We’re in 2019, and technologies evolve. Even the earliest operating systems were all but safe when they were first released to the public. It’s… normal. (Learn more in Hacking Autonomous Vehicles: Is This Why We Don’t Have Self-Driving Cars Yet?)

But if we want to go beyond this practical observation, the truth is that autonomous vehicles are more resistant to hacking than traditional ones. The entry points to hack a self-driving car are numerous, but their complex interconnectivity between multiple sensors and communication layers makes a potential cyberattack much harder to stage, especially if those sensors are integrated with other (future) technologies such as smart roads. On top of that, there are a lot of unique solutions which have been proposed to address the potential vulnerabilities of self-driving cars to hacking, such as using the software used to protect military jet fighters.

Myth #2: Self-driving cars will never become a thing because a lot of people drive for pleasure.

Oh my God, are you telling me that one day a robot will prevent me from driving my beloved SUV across beautiful scenic drives and breathtaking landscapes, and enjoying the pleasure of feeling my foot on the pedal and my hands on the steering wheel?

When self-driving cars become mainstream, that wouldn’t be the end of pleasure driving at all. No manufacturer will ever confiscate your keys or prevent you from driving your car on your own if you want. There won’t be any physical robot that will clench his metallic hands on your steering wheel as he steals your front seat. The choice to drive your car on your own or leave the most tedious stuff to the AI will always be yours to make.

Ethical dilemmas and life-or-death scenarios are not the bread-and-butter of autonomous vehicle research right now. The main focus is to prevent or avoid accidents where the AI must make such a decision – and a world where machines are behind the wheel of most cars is a safer one. On one hand, it’s hard to determine whether a single autonomous vehicle is safer than a traditional one controlled by a human; however, if this technology becomes global, the overall risk for accidents will necessarily decline.

Machines are significantly less prone to “human error” than humans. Just to put things into perspective, all of the 16 crashes where Google’s self-driving cars have been involved so far (in more than 2 million miles driven) have been caused by humans. In any case, automation will complement human skills in all those areas where there is room for improvement (such as when a driver is tired, distracted, etc.).

Myth #4: Self-driving cars will cost a ton, so poor people are not going to own them.

Although it is somewhat true that autonomous cars will cost more than traditional ones, the very concept of “owning a car” is going to change as this technology takes off. First, most self-driving cars will be implemented by commercial fleets, at least during the early phases. This means that when they finally hit the consumer market, their technology would have been likely enhanced and perfected already, and the price will be sensibly lower.

A second reason is that the very concept of “car ownership” is going to change drastically. Today, people need to own a car since the vehicle is not able to navigate around the city without a driver. As a matter of fact, our cars spend the vast majority of their lifetimes parked on a street or inside a garage. As soon as cars are able to move around freely, shared car ownership and subscription-based models will become much more popular and much cheaper.

Myth #5: A self-driving car will be like a normal one, except without a driver.

No, they will be completely different, since traditional ones are built around the driver. Since no driver is needed, they will be shaped differently. Interior design may focus on passenger comfort, maximizing space by removing anything that is not necessary anymore, such as pedals, transmission controls and steering wheels, which may become retractable. Exterior design may remove the need for facing a specific direction, and may become rounder or more box-shaped, with seats facing all directions.

As John Krafcik, CEO of WAYMO explained, “The vehicles will be self-driving. So you have your own personal space where you can sit back and relax.” Clearly, not every self-driving car would be shaped like a futuristic flying egg since a lot of people may still want to drive their vehicles once in a while. For many cars, self-driving would simply be an option, although their design may still be somewhat different to accommodate for the new environmental technologies (smart roads being a prime example).

Myth #6: As soon as an intelligent self-driving software is devised, we will see autonomous vehicles on the roads.

Actually, cities may need to be changed as well to accommodate self-driving vehicles. Things like smart streets, smart poles and street sensors still need to be installed before a full-fledged revolution can happen. Our cities will change, and with due probability, for the better. For example, as fewer cars will be necessary (see point 4 about shared ownership) a lot of spaces devoted to parking and garages can be re-invented into parks and promenades. (Think a car is either autonomous or not? It’s not quite that simple. Learn more in Driverless Cars: Levels of Autonomy.)

Myth #7: Self-driving cars are an expensive technology through and through.

Sure, developing self-driving cars is really expensive. But once they become mainstream, autonomous vehicles will allow us to save significant amounts of money in a lot of ways.