Home Uncategorized BRAIN-MACHINE INTERFACES COULD GIVE US ALL SUPERPOWERS 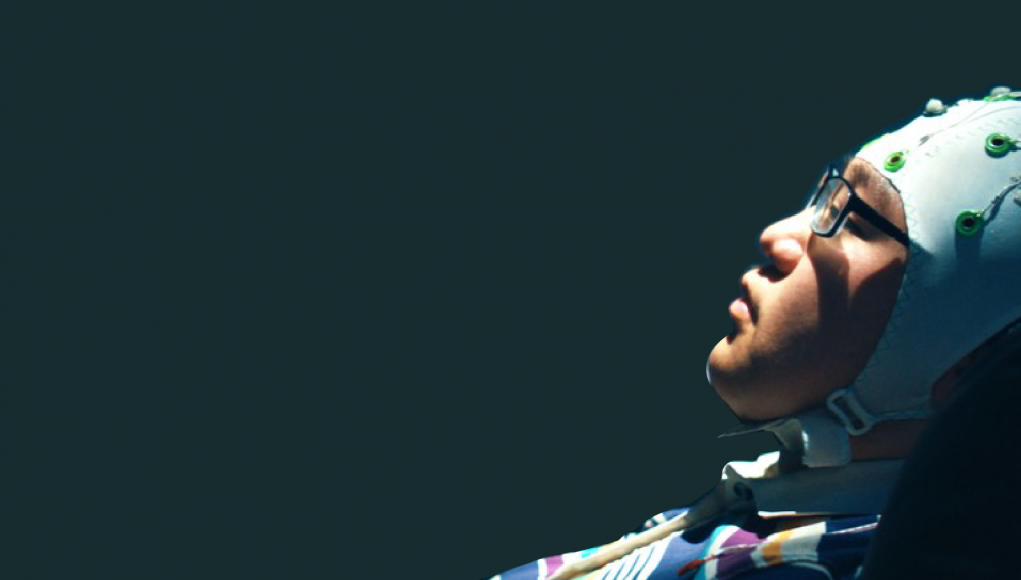 ONE RAINY DAY, Bill was riding his bicycle when the mail truck in front of him suddenly stopped. Bill didn’t. The crash left him paralyzed from the chest down. His autonomy, or what’s left of it, comes from voice controls that let him lower and lift the blinds in his room or adjust the angle of his motorized bed. For everything else, he relies on round-the-clock care.

Bill doesn’t know Anne, who has Parkinson’s disease; her hands shake when she tries to apply makeup or weed the garden. Neither of them know Stephen, who went blind in adulthood from a degenerative condition, and needs his sister to navigate the outside world. Imagining the three of them together sounds like the setup to a bad joke—a blind man, a tetraplegic, and Parkinson’s patient walk into a bar. But their stories come together in a new documentary, I Am Human, which premieres today at the Tribeca Film Festival.

The film follows the trio as they pursue experimental brain treatments, cracking open their skulls to insert electrodes in the hope of regaining what is lost—movement, eyesight, control of their bodies—and reclaiming some sense of freedom. For each of them, the journey is as much medical as it is philosophical, one that gives them command of their biological reality. The documentary also looks at the promises of neurotechnology to push the limits of what humans could accomplish with chips in their brains.

Taryn Southern, the co-director of the film, says she began thinking about the brain just as shows like Black Mirror and Westworld, which play on the relationship between humans and technology, began their ascendency. She found herself fascinated by the ways science fiction reimagined the role machines could play in human evolution—not just improving alongside humans, but actually changing the human species. (Southern has her own intimate relationship to technology: She spent last year recording an album that was largely composed with AI.)

“There seemed to be this disconnect between the dystopian ideas that we see in those shows and what was actually happening in the real world,” says Southern, who considers herself a techno-optimist.

Southern is not alone in her fascination with the topic. Other films premiering at the Tribeca Film Festival explore similar themes: Almost Human looks at the relationships between humans and the robots they create; Universal Machine, a short film, follows a confrontation between a woman and lifelike AI.

Hundreds of thousands of people around the world already have brain-computer interfaces, which scientists have been developing since at least the 1970s, in part thanks to funding from Darpa. Some experts predict that number will reach one million in the next decade as the science becomes more sophisticated. “Real life is unfolding and it’s cooler than science fiction,” says Elena Gaby, Southern’s codirector.

But the inner-workings of our brains are still not well understood, and the real returns on this kind of neurotechnology are just beginning to emerge. There are a hundred billion neurons in the brain, each of them “as complicated as the city of Los Angeles” with about 500 trillion connections, says David Eagleman, a neuroscientist who appears in the film. Treatments like the ones Bill, Stephen, and Anne received are still largely experimental, without any guarantee of working.

“It’s interesting that we can count our steps, count calories, sequence our genome, draw our blood, and measure our heart rate, but we have virtually no insight into our brains,” says Bryan Johnson, the founder and CEO of neuroscience startup Kernel. “We have this sliver of self-introspection, but otherwise, it’s a black box.”

It’s fear of the brain’s great unknowns that separate what the subjects of I Am Human pursue from Big Idea sci-fi. Watching Bill, Stephen, and Anne grappling with the decision to implant chips in their brains is a far more difficult reality than anything in Black Mirror. “Someone’s cutting into your brain,” Anne says in the film. “You don’t know what’s going to happen.”

Ultimately, she decides to pursue deep-brain stimulation, a procedure that works by implanting an electrode in the brain to stimulate specific parts (in Anne’s case, suppressing the motor system). It’s been wildly successful in patients who have symptoms of Parkinson’s disease. The implant sends “data” out of the brain, and delivers a current to her brain, offering some relief from the constant tremors.

Stephen sets off to try another experimental treatment, called the Argus, which involves implanting a chip underneath the eye that hooks to electrodes in the brain. Most movingly, Bill—who requires constant care to manage his feeding, movement, and a suction tube to supplement his ability to swallow—volunteers to test a brain-computer interface that might restore the severed connection between his brain and the nerves in his body. To “retrain” his brain, Bill watches an animation of an arm, imagines himself moving his own arm, and a team of scientists builds an algorithm encoding Bill’s movement intention, which is then sent to the electrodes implanted in his arm and hand. The idea: to give Bill control of his own muscles.

“It’s a little Star Trek-y,” Bill says onscreen, wires emerging from the crown of his head. “It did seem like something out of science fiction.”

On its face, I Am Human is a science documentary, with heaps of information about the human brain and recent excitements in neurology. It features about a dozen neurologists, who bring viewers into their labs and demonstrate the technical challenges in creating hardware for inside a human skull. By the end, though, the film’s central question is more of an existential one: What makes us human? And how can technology evolve our species—both by helping us reclaim what’s been lost, and by pushing us past what’s been possible before?

The promise of brain-computer interfaces is to give sight back to the blind, restore sound to the deaf, and provide a sense of control to our bodies. But the second half of the film also follows a number of scientists and entrepreneurs, like Johnson, who believe that neurotechnology will soon give us all superpowers. What if, beyond just curing Stephen’s blindness, we could actually improve his eyesight so that he could see in the dark? What if a device could allow Bill not just to move his hand once again, but to type words with his mind? Could we cure depression? Could we turn a knob to make ourselves a little more empathetic?

Those aren’t science-fiction scenarios either. Elon Musk and Mark Zuckerberg have each invested in brain-computer interfaces to advance human capabilities. Musk’s Neuralinkaims to improve human cognition, to compete with the likes of AI. Zuckerberg’s idea is more like a mind-reading machine. Johnson’s startup, Kernel, is working on creating a brain interface that develops real world applications of high resolution brain activity.

Is The Internet Of Things Dead, Or Is It Growing Up?