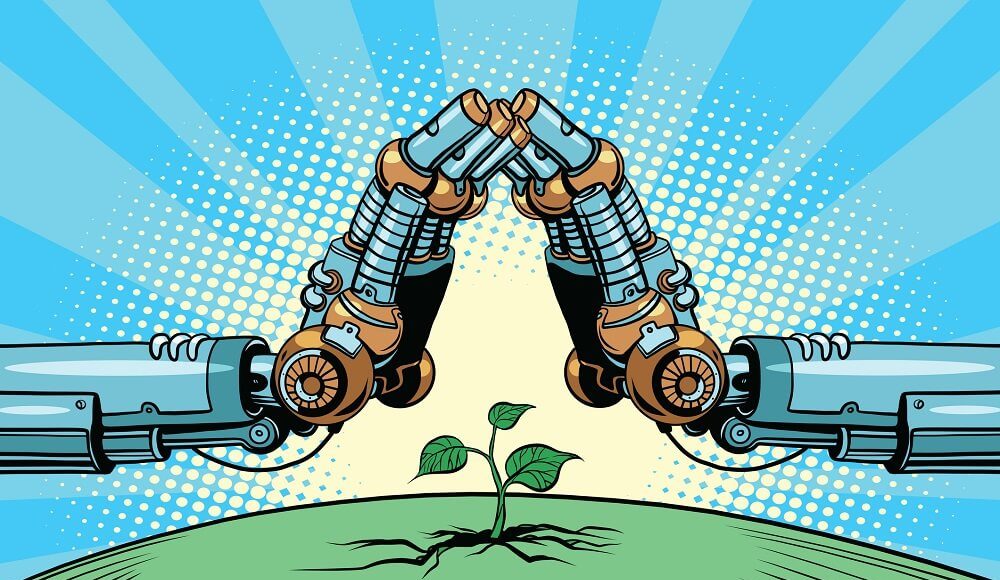 The IT industry’s impact on global climate is well known. Countless servers, storage systems and network devices in equally countless data centers around the world are said to consume about 3 percent of total energy supplies every year, and this is likely to rise as billions of IoT devices come online.

But as it turns out, this expanding data infrastructure is proving vital in the effort to address some of the most intractable problems affecting climate change – everything from farming practices to modern transportation. In particular, artificial intelligence (AI) and its many iterations, such as machine learning (ML) and neural networking (NN), are proving to be highly adept at spotting the many inefficiencies in modern society that contribute to climate instability.

AI’s ability to affect the climate is about as varied as the technology itself. Columbia University’s Renee Cho notes that it is helping farmers push yields per hectare up by 30 percent through more accurate land prep, fertilization and watering. At the same time it is helping electric utilities around the world drive out inefficiencies in their grids and spur greater use of renewable energy sources. It is also leading to revolutionary advances in both the detection and prediction of natural disasters like hurricanes and tropical cyclones, with some models now providing intensity and pathway predictions with 90 percent accuracy or better. This allows recovery organizations to better allocate resources for preventative operations such as shoring up seawalls and evacuating citizens, and in the aftermath for damage assessment and to streamline the delivery of emergency supplies. (For more on AI in farming, check out The 6 Most Amazing AI Advances in Agriculture.)

AI can also help with climate change on a macro level. Climatology is one of the most data-intensive fields of study ever devised, and AI is nothing if not useful in the collection, analysis and interpretation of large amounts of data. According to DowntoEarth.org’s Akshit Sangomla, AI presents new, more accurate, ways of measuring complex weather patterns. For instance, the general circulation model (GCM), which is used to measure the relationship between solar radiation, wind patterns and a host of other data sets, has long relied on the practice of “parameterization” that basically simplifies conditions that are too complex for traditional computers to model. But AI, and neural networking in particular, can easily handle these complex dynamics to provide much more accurate predictions.

In many cases, the models for these higher level calculations already exist, such as the cloud-resolving model (CRM) that gauges the characteristics of low-lying clouds only a few hundred meters in length. Individually, these clouds produce little impact on broader weather patterns, but collectively they can alter the flow of upper air currents or affect temperatures closer to the surface. The only reason CRM and other models have not played a larger role in climatology so far is that without AI their computational needs drive costs to unsustainable levels.

This same approach can be applied to conditions on the ground, which can contribute just as much to climate change as conditions in the atmosphere. Microsoft’s AI for Earth program is already showing results in disciplines like land-mapping, which traditionally has been an expensive and time-consuming process. The company’s Wee Hyong Tok noted recently that by gathering and analyzing data, including images, from satellites and terrestrial sources, new patterns are emerging regarding water management, deforestation, species migration and a range of other factors, all of which contribute to continued sustainability of fragile ecosystems.

In one project, AI for Earth is being used for detailed image analysis of the rapidly disappearing habitat of snow leopards in Central Asia. By bringing new perspectives to both the natural and man-made changes affecting the region, the hope is that these losses can be halted or even reversed. The same technique is being used to study elephant habitats in the Congo and elsewhere, both as a means to preserve these regions and also to combat poaching and the illegal ivory trade. Perhaps the most unusual application, however, is Project Premonition, which uses intelligent dronesand robotics to locate and trap mosquitoes and then analyze their blood using cloud-scale genomics to gain accurate data on the animal populations of some of the world’s most remote places. (To learn about how technology is negatively affecting the climate, see Eco-Karma: How Climate Change Is Harming Data Infrastructure.)

Real change, however, can only come about through collective action, such as reducing consumption, and adopting clean energy solutions, and AI can help in this regard as well. Autonomous cars might not come to mind as an inherently clean solution, but as PricewaterhouseCoopers’ Celine Herweijer points out, AI-guided vehicles enable the transition to on-demand mobility, reducing the number of autos in circulation, as well as route and traffic optimization, operational efficiency and a host of other benefits. And this is before taking into account that most self-driving cars will run on electricity delivered by an AI-optimized grid.

Whether any of this will produce a noticeable improvement in weather patterns is still anyone’s guess. Earth’s climate is like an ocean liner: It requires a lengthy series of coordinated actions to change course. In all likelihood, the rising heat index and prevalence of destructive storms will continue for some time even after the newest AI technologies are brought to bear.

But over the long term, AI might, just might, be the only way to stave off the truly devastating consequences of a warming planet.