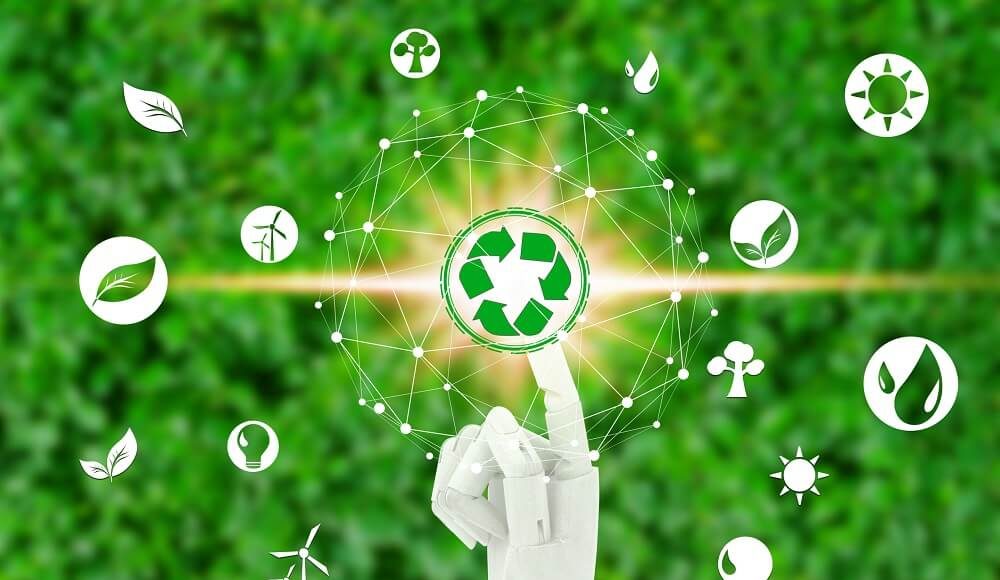 Every Earth Day there are undoubtedly a fair share of doom and gloom stories about the state of the world’s ecology. And indeed, there is plenty to be gloomy about, from rising sea levels, increasing superstorms, drought, fires…

But there is also some good news, particularly when it comes to the myriad new technologies that are emerging to confront these challenges. Nothing propels innovation like a crisis, and it turns out that even organizations that are highly criticized for their environmental impact are turning their attention toward minimizing, if not reversing, the damage. (Artificial intelligence is also helping. Learn more in How AI Can Help Tackle Climate Change.)

A case in point is “negative emissions technology.” Although it exists in many forms, one of the most common is “direct air capture,” in which large facilities at critical locations literally suck in air to remove all that excess carbon. Although it is one of the most common elements in the universe, carbon is also quite valuable. Recently, Chevron and Occidental Petroleum, two of the largest oil companies on the planet, teamed up to locate a capture facility outside of the West Texas oil and natural gas region known as the Permian Basin. According to the Houston Chronicle, the aim is to filter the excess CO2 in the local atmosphere and convert it into calcium carbonate that can be used as a fuel additive or in oil production or other industrial processes.

In most cases, carbon capture involves pulling it directly from smokestacks and other emissions sources. A standing facility like the one in Texas, which can cost upwards of $500 million, is still an iffy prospect, financially speaking, since it is unclear whether it can absorb enough carbon to turn a profit. But Barbara Burger, president of Chevron Technology Ventures, told the Chronicle that if successful the plant could be a new source of fuel that will run cleaner than crude or even ethanol blends.

“We want to take that carbon and make a product,” she said. “We’ve got to be reliable, safe, affordable and ever-cleaner.”

Not everyone is convinced that attempts to counter the effects of carbon emissions are the way to go, however. A technique called “stratospheric aerosol injection,” in which sulfur dioxide is sprayed into the atmosphere, is believed to reduce the amount of sunlight that hits the earth’s surface, similar to what happens after a volcanic eruption. But as the Canadian Broadcasting Corp. reported recently, this is drawing fire from some activists who charge that it is merely a ploy by polluters to avoid limits on their CO2 production. Most researchers argue that this is not the intent and that there is no single magic-bullet solution to climate change, but the counter is that these types of measures could still provide political cover to do nothing to reduce emissions.

New technologies are also coming to the rescue of greener sources of energy, which have long had the drawback of not being as stable or reliable as fossil fuel. New types of batteries, for example, are capable of supporting grid-scale energy needs, which is crucial considering that lights need to stay on and computers need to keep running even when the sun sets and the wind dies down. Inside Climate News reports that the recent Polar Vortex in North America offered crucial insights into exactly what is needed to counter a severe weather event and that, while challenging, the task is not insurmountable. A review by Wood Mackenzie Power & Renewables suggested that energy storage capacity would need to increase from today’s 11 GW to more than 277 GW to get us through a lengthy outage. Modern lithium-ion technology is already capable of supporting more than just cell phones or even electric cars, and this can be augmented by a wide range of solutions involving stored water that can be used to power turbines, as well as various types of thermal storage and flywheels that can store rotational energy.

Not all emerging energy solutions are high-tech, however. A key policy goal these days is to craft better consumption policies using big data and advanced analytics. But gathering the right kind of data can be tricky, particularly in complex urban areas. Some municipalities are using drones to monitor traffic patterns, heat generation, sunlight and a range of other factors, but in Birmingham, England, researchers are turning to a tried-and-true friend from the animal kingdom: pigeons. The city’s Metro News says that by attaching ultra-lightweight sensors to homing pigeons and allowing them to scatter across the city, scientists at the University of Birmingham have a low-cost, low-tech way of acquiring critical data, since the pigeons are all-but guaranteed to return to their nests at some point. Not only is this a cheaper solution than drones, but the pigeons can enter areas that are off limits to drones (such as Gatwick airport, which was shut down last December after drones were spotted buzzing aircraft). At the time of the report, the birds had logged more than 600 miles over 41 flights.

Technology alone will not solve a problem as complex as climate change. The only true solution is a worldwide commitment to alter the way we consume, and utilize, energy. Regardless of where or how it is sourced or what steps are taken to alleviate its consequences, electrical power will impact the environment, particularly now that demand has scaled into the billions of users. (Is nature taking revenge on the technology that’s harming it? See Eco-Karma: How Climate Change Is Harming Data Infrastructure.)

With the technologies coming to market these days, however, it seems we are being offered a rare opportunity for environmentalists and industrialists to work together to reduce power’s hold over our climate and our pocketbooks.

Top Applications for IoT in the Food & Beverage Retail Industry

Why we’ll live in a Smart City: infographic

What Will Smart Homes Look Like 10 Years From Now?