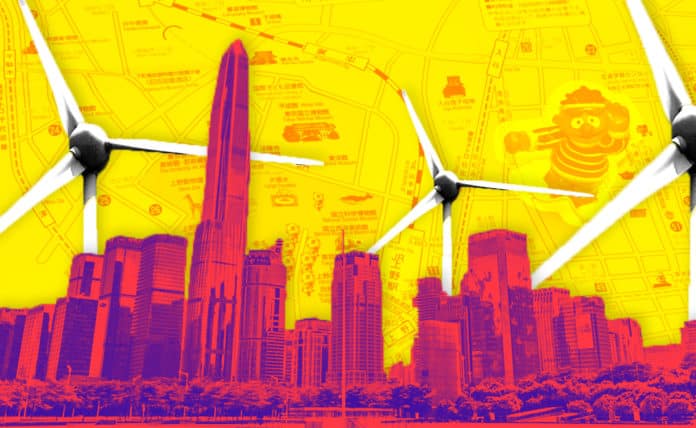 This article extends our Smart City Series, discussing design considerations for green cities. It argues that by leveraging a mix of passive and active solutions including housing retrofits, urban densification, development of smart grids and electrification of a shared autonomous vehicle pool, we can begin to meet the needs of our generation without sacrificing the ability of future generations to meet their own.

Over the course of history, developing systems of human organization have resulted in an increased need for energy inputs. Agriculture came with the added need for animal labor, the iron age brought with it tools that magnified the impact of human energy and industrialization led to the discovery of new fuels and ways in which to extract their power. As these periods have passed, the economic and social benefits of community have become more apparent and humanity has organized in communities of ever increasing size. Today, over 50 percent of the world population lives in densely packed urban areas which make up just five percent of Earth’s total land surface: cities.

It is known that increased global urbanization trails economic development, one only has to look at China and India to see hundreds of examples, and the United Nations expects around 65 percent of the world’s population to be living in cities by 2050. While some cities are slowly being built from scratch, we are also seeing a growing trend of mega-cities, those with populations over 10 million, forming out of pre-existing urban clusters. In 1990, there were only ten mega-cities. Today there are 28 which house around 12 percent of the global population and are primarily in Asia. By 2030, experts expect the number of mega-cities to increase to 41.

Energy Use in Cities

Due to the extreme concentration of human activity within them, cities account for around 75 percent of the world’s resource use and 80 percent of global CO2 emissions. As the global population continues to grow, energy demand will intensify, specifically around cities, which the International Energy Agency (IEA) expects to account for 90 percent of global energy growth. While this growth comes with a multitude of problems such as increased effects of urban heat island, higher levels of pollutants and more traffic, human organization is actually more efficient and productive in cities than it is in suburbs and rural areas.

At a high level, per household energy use in cities is significantly lower than all other living arrangements at 85.3 MBTUs compared to 95 MBTUs, 102 MBTUs and 109 MBTUs for rural areas, towns and suburbs respectively. And while the total urban mass spends an average of $30 billion more on energy per year, this actually translates to between $200 to $400 less per household per year. A 2008 Brookings Institute reportalso found that urban lifestyles result in an average carbon footprint that is 14 percent smaller than those non-urban residents. Additionally, a study of 366 metropolitan areas and 576 micropolitan areas found that as cities get larger, global CO2 emissions fall, with a 1 percent increase in population resulting in a 0.17 percent decrease in emissions, asignificant number, but not necessarily indicative of economies of scale. There are supplementary gains in energy as floor area goes down on a per capita basis with greater density, resulting in better insulation, more efficient heating and cooling and less CO2 emitted per person.

Within the service sector, which is rapidly growing as our cities move into the experience economy and rely more heavily on tech-enabled grocery shopping (InstaCart), transportation (Uber) and housing (AirBnB), a doubling of urban population corresponds with a 12 percent increase in industry-wide energy efficiency. These gains are partially attributed to differences in spatial uses, as parking and office space requirements decrease, resulting in higher efficiencies for building systems. The general field of transportation, and cars specifically, account for more urban energy gains as research has shown a negative correlation between city size and gas usage for transportation.Additionally, average household car ownership in rural areas is 2.2 compared to 1.8 in cities and urban dwellers drive 7000 fewer miles a year, saving an average of 400 gallons of gasoline.

Main Steps on How to Teach Your Kid GDPR

How Australia can reap the benefits and dodge the dangers of the Internet of...