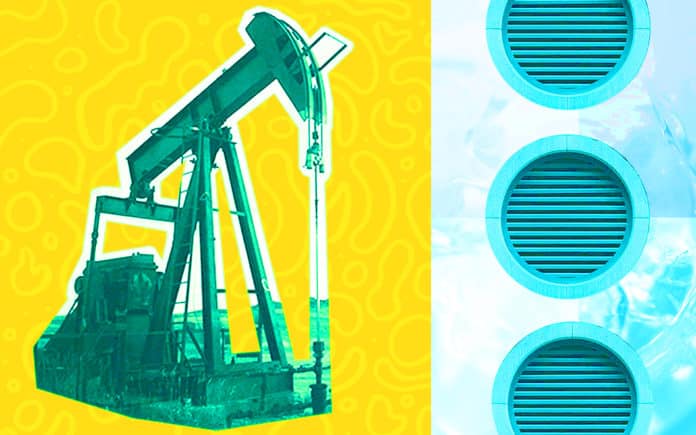 IoT is helping numerous industries achieve substantial strides, even if they aren’t the ones people typically associate with this technology. Those industries include oil and gas, agriculture, HVAC and brick-and-mortar retail.

The Internet of Things (IoT) has drastically changed many industries, and it’s just getting started. Some sectors, such as health care and technology, get a lot of attention concerning IoT advancements. Others are more surprising.

Here are four examples of those more unlikely industries.

The oil and gas sector offers numerous interesting use cases for IoT, especially because it often involves isolated sites.

For example, instead of sending a human to do a maintenance check on an oil rig, a company might use IoT sensors instead. Those gadgets could give real-time updates and provide proactive alerts about necessary maintenance.

Brands in the oil and gas industry also use IoT devices to monitor the performance of their assets. Doing that makes it easier to carry out well-informed tweaks that could maximize efficiency while keeping costs down.

One thing people should remember about the oil and gas sector is that even though the people working in it receive specialty training, the industry is a dangerous one.

IoT makes it possible for companies to keep tabs on their sites and equipment without depending so much on humans.

Many people perceive that farming is an industry that revolves around educated guesses and big doses of hope for the kind of weather necessary for a fruitful growing season.

That’s no longer the case, and it’s all thanks to IoT. Farmers know it’s essential for their operations to undergo digital transformations and maintain competitiveness. Many of them choose to kickstart the transformation with IoT apps.

Often, that’s because IoT sensors are more accurate and less time-consuming to use compared to other high-tech additions to the agricultural sector, such as drones.

For example, it’s possible to place sensors directly on crops to get information about water usage, pest issues, and projected yields. Farming operations may attach IoT sensors to livestock to track their location or to get clues about behavioral problems that could indicate health concerns.

Since many of the associated IoT apps have real-time metrics related to them, agriculture professionals can get crucial knowledge about matters that could adversely affect their results during a season. They can then make adjustments to control or otherwise manage those aspects before they get out of hand. As such, using IoT sensors for farming may seem like a substantial upfront investment, but it’s one that pays off over time.

Market researchers anticipate more than 2 million farms and 36 million cattle getting connected by 2024. Something that could stifle the adoption rate of the IoT in farming, though, is a lack of education within the target market.

If farmers don’t have firsthand experience with sensors or know someone who uses them and gets great results, they may feel reluctant to invest.

A home’s climate control system is something residents don’t often think about until something goes wrong. When it does, it’s time to call a heating, ventilation and air conditioning (HVAC) specialist. Traditionally, those people install, maintain and remove the associated equipment within homes and businesses.

HVAC professionals still take care of those necessities, but the technology is increasingly computerized, connected and automated. Those changes require HVAC experts to continually upgrade their skills by staying abreast of the latest high-tech options.

One example of using the IoT in HVAC is to monitor climate control for a business’s branches across the country. In that instance, representatives from the brand’s headquarters could keep track of which locations use the most energy or depend on metrics to assess how a company is doing with sticking to a sustainability pledge related to energy usage.

Brick-and-mortar retail has had a tough few years, causing many analysts to deem the period a “retailpocalypse.” Indeed, a person does not have to search the headlines for very long to find news about a once-popular brand closing all its physical locations and moving entirely online or going out of business.

However, when used strategically, IoT sensors could enhance the customer experience and keep them loyal.

Stores frequently deploy IoT devices that sync with shoppers’ smartphones. For example, when a person passes through a particular part of a store and stops to linger, they might simultaneously get messages about a sale.

IoT plays a role in decreasing the number of upset customers, too. A 2017 study by Mood Media polled U.S. shoppers to find out about the things they found most frustrating about brick-and-mortar stores.

The second-most cited gripe was items being out of stock, with 47% of people mentioning that complaint. The top issue was waiting in line.

IoT can cater to both of those issues. Sensors on merchandise can help store managers monitor stock levels and cut down on instances of products selling out. Amazon Go is arguably the most well-known example of a brick-and-mortar store that doesn’t require interacting with cashiers at all.

However, other retailers are experimenting with similar technologies based on IoT. Some of them use artificial intelligence-powered cameras, too.

The examples in this list show that IoT is helping numerous industries achieve substantial strides, even if they aren’t the ones people typically associate with the technology.

The versatility is undoubtedly a benefit that makes it especially applicable across sectors.

How Can We Ease Education with the Internet of Things?