Home IoT Is The Internet Of Things Dead, Or Is It Growing Up? 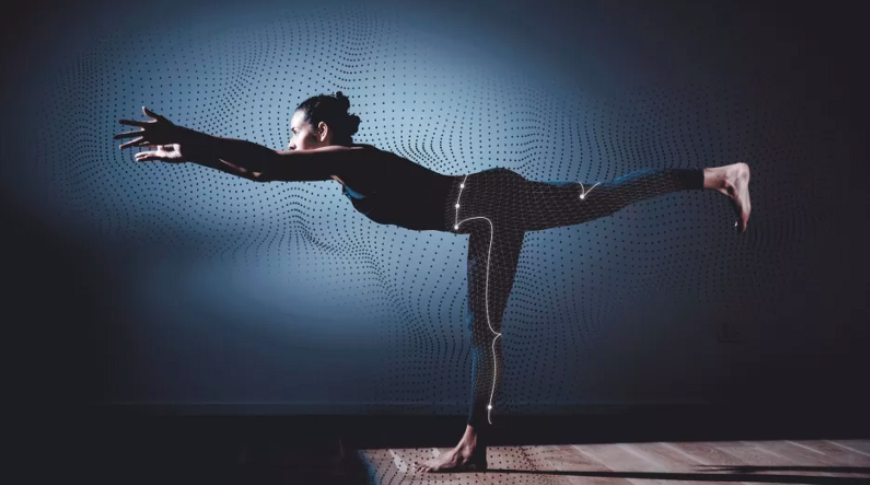 R/GA is betting big on the internet of things’ next phase–and it doesn’t involve smart fridges or speakers.

The internet of things has never quite found its footing, and some proclaimthe once-hyped concept is dead. Even as tech companies like Apple, Amazon, and Google pour money into smart speakers, there’s no real, tangible use for them. Other companies have tried– to little avail–to sell us dumb smart products like smart refrigerators and smart water bottles. And smart homes? They spy on users–and they’re just plain annoying.

For Matt Webb, a technologist at R/GA London, the potential of the internet of things isn’t inside your home. It’s outside of it. “It’s where we can finally start assembling parts to make products or services or companies with a smaller number of people or with greater ambition than before,” he says. “IoT is solving problems in the business space really clearly.”

Webb is the managing director of R/GA London’s IoT Venture Studio, where every year the agency invests in and works with nine startups for three months. Today the studio announced its 2018 startups, and the new batch of companies are evidence for Webb’s belief that the internet of things isn’t dead. Instead, we’re just starting to explore what can be done when connectivity transcends the screen and enters the real world. Each startup has its own vision for the next generation of IoT. Here are their ideas.

Americans waste about 60 million tons of fresh produce every year, and as much as 40% of all food produced in the U.S. is never eaten. One of the new R/GA incubees, a company called Mimica, is trying to tackle this problem using a food label that tracks how hot or cold the outside temperature is for a given food item. The startup’s smart label then uses that information to more accurately tell consumers that something in their pantry or fridge has gone bad. And as they track this data over time, perhaps they could tell that food goes bad faster on particular truck routes–enabling shipping companies to find more efficient ways to transport food. It’s technically IoT, because each label acts as a sensor, but it’s certainly a lot more useful than a smart coffee maker.

Speaking of coffee, another company that’s participating in the program is trying to solve the very specific problem of to-go coffee cup waste on large corporate campuses. Called CupClub, the startup offers a service for company cafes, where employees can get their cup of coffee in a reusable mug, and take it with them like a to-go cup. Then, when they’re finished, they can deposit the empty cup at drop-points all over the company’s campus. The startup, which uses sensors to track each mug, then cleans them and returns them to the cafes. “It’s a minuscule use of IoT–it’s using the fact that they’ve got sensors in them to do really efficient operations,” Webb says. “It’s something that would be expensive to do pre-IoT technology. But now it’s a website and some sensors and some very clever industrial design.”

Webb sees CupClub as fitting into a larger trend in the way companies want to run their offices. “It’s the end of the 25-year lease. Companies don’t go in and manage office buildings entirely–businesses are moving to a WeWork-type model,” he says. It’s the same mentality behind pop-up retail and restaurants, with shorter leases that make companies more agile. “They don’t want to buy kit and product and run these things themselves, whether that’s cafes or sensors,” Webb says. “They want to buy them in as services. And [startups] are using IoT to become services that can sell into this new way of occupying space.”

While some startups are offering IoT-enabled services to large companies, others are offering the services of big corporations to small businesses. Take another company participating in the incubator: Flow.City. It’s a tool that gives companies access to a fleet of connected billboards, while giving them insights about the people who live and work near each billboard so they can reach their intended audiences.

Unlike a more traditional method of buying billboard space, where a company would hire an ad planner and give them a budget and the planner would find places in a city to reach certain demographics, Flow.City’s process is automated. In essence, a small company could buy into it without any help from an ad agency. It’s a spin-off from a pedestrian analytics company called Boldmind, which built a system that brings together data about how people move through cities.

“What the automation does is it opens up using billboards to smaller companies. The only way usually you get access is if you’re a massive firm,” Webb says. “But what if you can pick up one or two sites that are low budget for just a few hours? How will people use that? I’m really curious about this shift between things only large companies can use, to something that hits the fat middle.”

Realizing The Future Of Retail

Undoubtedly, one of the worst parts of going shopping is waiting in line to check out. The incubator participant Swipecart enables other companies to do what Amazon’s done with its futuristic Go grocery store, which tracks what you pick up and charges you for it when you walk out the door–no register required. While the startup is in its early stages and hasn’t decided whether it will target mostly big retail companies and supermarkets or if it’ll be accessible to businesses of all sizes, Webb is interested in the idea that you could provide a service like this for small businesses or even pop-up retail.

Swipecart points to a more seamless vision of in-person shopping, though there’s a catch–one that Webb thinks that R/GA’s designers can help solve: “When you use a service like that, it feels like you’re stealing something. It feels like you’re shoplifting. That’s a challenge you can solve with design,” he says.

R/GA is also investing in a startup called Wearable X, which has created a smart fabric that uses sensors to determine the position of the wearers’ body and can communicate by vibrating against your skin. While that might be creepy if you were wearing everyday pants made of this material–who wants anyone to know just how long you’ve been curled up on the couch watching TV?–the company found a much smarter application: yoga pants. It has already released a pair of yoga pants made of the fabric that gently vibrates to nudge you into a better position. Webb finds the startup’s vision compelling because the fabric has a specific use–though I’m not sure whether I’d want my pants telling me what to do while I’m on the mat.

How do you utilize the benefits of machine learning while protecting people’s privacy? One option is to do all the processing right on the device, never allowing the data-crunching to get back to the cloud–which is what Google does with its Clips smart camera.

One of the new R/GA incubatees has a similar approach. The startup, called Beringar, uses computer vision to track how rooms in an office building are being used. But instead of having watchful cameras in each room that ping all their video data back to a server, the company uses a low bandwidth network, a kind of low-power wi-fi, to do its data processing. That means there’s no video of the company’s employees floating around in the cloud–and the company can use the data about how often a room is used and by how many people to make decisions about how to allocate its space better. The National Health Service in the U.K. already uses Beringar–it’s particularly useful for the public agency because it’s far easier and cheaper to find better uses for existing space than to build more space.

Privacy remains an open question for the startup Sensing Feeling, which is also in the R/GA program. The founders have created a powerful algorithm that can recognize people’s faces and emotions in real time–but Webb says the startup is still refining ideas about what the company’s first products should be. Similar to Beringar, the startup is putting its algorithm inside sensors so that the videos don’t get back to the cloud–just the analysis itself, which is devoid of personal identifiers.

Webb sees this as a bigger trend in the computer vision area, especially because it helps companies comply with the EU’s strict privacy laws. It also reduces latency, making the algorithms run faster.

IoT Will Be In Your Home, But Not Where You’d Expect

Even though Webb focuses mostly on enterprise IoT, R/GA’s accelerator does have a few startups that are doing IoT in the home. “I think the internet is going to transform the home but we won’t be calling it IoT. It’ll just be that connectivity is part of things the same way electricity is part of them,” Webb says. “We’re already beginning to see the useful things. It is kinda useful to have a smart lock on my house which means I can let my cat sitter in. It’s slightly useful to be able to tell if the milk is off, or hook up my thermostat to bring the heating down when the country needs electricity. But they’re all like, kinda useful. Nothing huge yet.”

As the U.K. rolls out a program to install smart meters across the country, R/GA is investing in a startup that basically acts as a comparison shopper for electricity–but it switches to the best deals automatically. The company, called Homebox, is trying to help out the backend of your household and streamline your bills. It works within the U.K., where there is significantly more competition between electricity, gas, and broadband companies–unlike in the U.S., where many people have only one option.

Webb is interested in smart metering and its potential to put data back in people’s hands, and he believes Homebox could be well-positioned to help do that. “We talk a lot about what data will be gathered by all the sensors we’re deploying, in homes or enterprise,” he says. Usually, the company that runs the sensor is the one that uses the data to provide a service. But smart metering gestures toward an alternative future–one where “data is out there and a customer decides what its used for,” he says.

There is a single startup in the program that feels like IoT in the more traditional sense. Called Sceenic, the companu has created a platform for people in different locations to watch media together–whether that’s movies, Game of Thrones, or sports games. But the company sells its software as a service to broadcasters, cable operators, and media companies directly, not to consumers. “You know when you’re doing group video chat? Imagine group video chat with your mates, watching video or a movie–the things you used to do on the sofa together,” Webb says. “It’s a great way of watching sports or live events.”

Plus, he says, “that’s finally a nice use for those cameras on smart TVs.”

5 Things to Consider Before Purchasing a Smart Home System

IoT take up gaining traction in the coronavirus crisis