Home Apps How smart tech is helping people with dementia 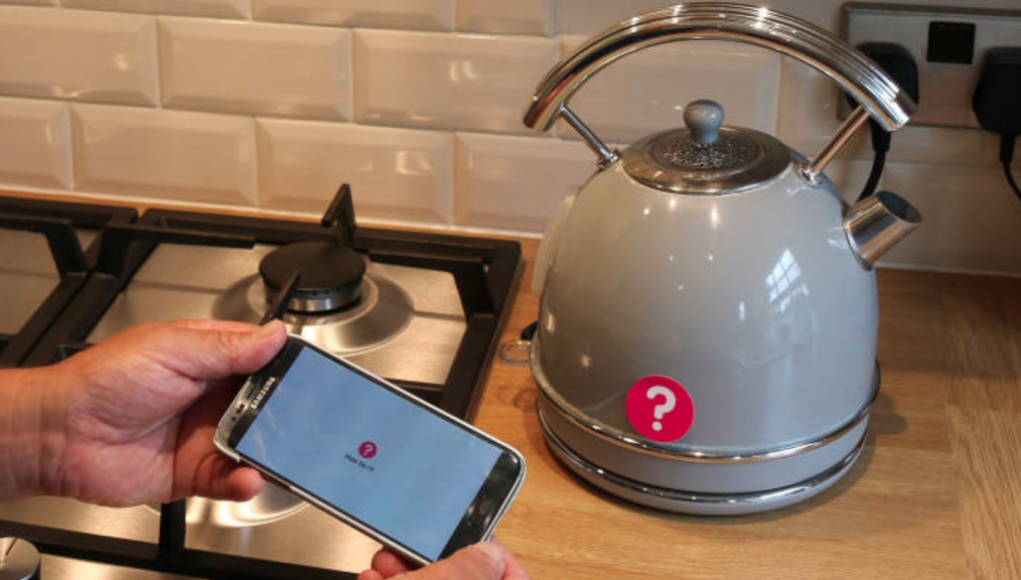 Mention “dementia research” and most people will think of scientists looking for biomedical ways to diagnose, treat and eventually cure degenerative brain diseases.

But there is also a burgeoning research programme that aims to improve care for the increasing numbers of people living with dementia — estimated at 850,000 in the UK and 50m worldwide.

This month sees the launch of a £20m Care Research and Technology Centre at Imperial College London, as well as the start of a project to investigate the use of Lidar — the spatial perception technology incorporated in self- driving cars — to help look after people at home.

Other recent initiatives include a smartphone app to remind people with dementia how to carry out everyday tasks and an experiment to personalise live radio.

“When asked, 85-90 per cent of people say they want to live for as long as possible in their own homes and to avoid moving into a care home,” says David Sharp, head of the new centre. “Our vision is to use patient-centred technology to help people affected by dementia to live better and for longer at home.”

Technology developed at the centre will use sensors around the house or on the body to track vital signs such as heartbeat, blood pressure and body temperature. These sensors will also provide information on gait, brain activity and sleep.

Computers using artificial intelligence will integrate this information and alert carers to any changes — for example, highlighting a walking pattern that suggests an increased risk of falling or a raised temperature associated with infection.

The centre will also develop simple tests for common infections, a frequent problem for people with dementia that often leads to hospital stays.

Another area researchers and medical teams are addressing is tracking memory and cognitive function by monitoring behaviour in a way that does not interfere with everyday life. This information can then be used to predict when patients might run into problems, for example becoming agitated, and intervene early to assist them.

Sleep disturbance is a significant problem in dementia, so the centre will develop ways to track sleep via motion sensors in beds and sheets. Robotic devices will alert patients to safety risks, such as spilled liquid on the floor or a cooker left on, as well as monitoring patients for signs of distress and then notifying their healthcare team.

Lidar (light detection and ranging) sensing is another option. The US computing giant IBM has adopted it for a six-month collaborative study, starting this month with Cera Care of the UK. These sensors use safe low-power laser pulses to build up fine-grained three-dimensional scans of objects and people moving around a room.

Information from Lidar sensors will be analysed by IBM’s Watson AI software to build up a picture of an individual’s home life. It can spot deviations in diet, toilet habits, sleep or mobility that could denote deterioration in their physical or psychological condition. The system can also activate an alarm if there is an emergency, such as a fall.

“We want to know the activities of daily living by using contextual sensors to focus on the home environment rather than wearable devices, which many people do not want,” says Nicola Palmarini, an IBM researcher focused on ageing and longevity.

He says Lidar avoids the privacy invasion of video cameras and offers more precision and accuracy than other movement-sensing technologies. Researchers at IBM are keen to derive as much helpful information as possible about someone’s daily activities without obtrusive surveillance, he says. For example, monitoring consumption of utilities such as electricity and water can alert carers if there is an unusual deviation from the normal pattern.

The Alzheimer’s Society, a UK charity, is also looking for new ways to improve the lives of people with dementia. Last month it announced the first two winners of its crowdsourcing programme, each of which will receive £100,000 for further development.

One is Jelly Drops — sweets containing 90 per cent water to prevent or relieve dehydration, a frequent problem in dementia care.

The other is a smartphone app called How Do I? It prompts people to carry out everyday tasks such as boiling a kettle, making a cup of tea or taking a bath when the phone scans an appropriate object. The app can also rekindle forgotten memories through videos or photos pre-recorded by family or friends.

Many elderly people with developing dementia are keen radio listeners. The £2.7m Radio Me project, announced last month by the UK Engineering and Physical Sciences Research Council, will use an AI-powered system to remix live radio in a way tailored to each individual, giving reminders and responding in real time to help address symptoms such as agitation.

The four-year project, led by the University of Plymouth in south-west England with a consortium of universities and broadcasters including the BBC, will use a “bio-bracelet” to measure vital signs such as heart rate, as well as wireless speakers and an internet connection to generate personalised output.

“Radio Me will create and use cutting-edge technology but users will experience it through the familiar and reassuring medium of radio,” says Alexis Kirke, a research fellow at Plymouth.

Despite the efforts by the Alzheimer’s Society to “rebalance investment between biomedical and care research”, the charity says less than 5 per cent of dementia research worldwide focuses on care.

But Jeremy Hughes, the charity’s chief executive, says this investment “must go hand in hand with a properly funded social-care system . . . or our efforts to improve the lives of people with dementia will be undermined by scarce, expensive and poor quality care”.

Why successful digital transformation does not exist without IoT

How to Succeed in IoT Business by Really, Really Trying

Telemedicine is the New Normal. But Can it Survive After COVID?

Augmented retail a new reality for the buying public