Home IoT Exploring the benefits of building a smart city for your country –... 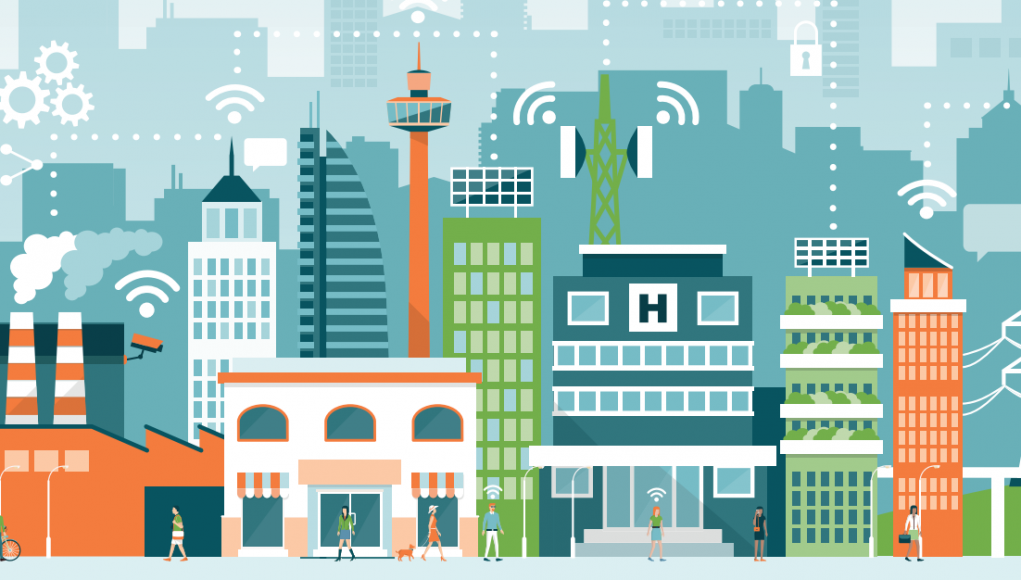 As the IoT sector continues to develop and innovate, there is a potential benefit and efficiency gained as well. One of the areas where IoT has specifically developed and grown is the smart city. As we move forward in this 21st Century, surviving in the technological world, everything we need should be smart.

People now don’t want to waste energy and time in performing mundane tasks; we all need something that can ease our work and should be done within a time span of a few seconds. Relying totally on technology has helped this idea of a smart city to develop and grow even more, says Harikrishna Kundariya co-founder, director of eSparkBiz Technologies.

It’s said that Smart City is when we make investments in human and social capital and traditional and modern communication infrastructure fuel sustainable economic development and high quality of life, with a wise management of natural resources, through participatory governance.

It is expected that by the year 2050, 68% of world’s population will live in urban locations, making the need for innovation and efficiency more apparent than ever to handle the excess population and their growing demands for better living.

There are many practical and economic benefits of a smart city and smart technology; some of them are listed below:

One of the significant aspects of everyone residing in a particular town or an area is security. It is the foremost concern and should be taken care of. No one would prefer residing in such places that don’t ensure them the safety. With the rapid acceleration in the development of smart cities, technologies like CCTV cameras can monitor everything.

CCTV is not the new technology, but the additional features like the facial recognition, fire, and smoke alarm capabilities, measuring of air quality, locking and unlocking of doors make them efficient and lower the risk of illegal activities performed. Other additions to security include the addition of hotlines and panic buttons that allows law enforcement to respond quickly.

Shanghai, China: Implemented a similar surveillance system like Nanjing, and since then the crime rates have dropped by 30 percent and police response times dwindle to an average of 3 minutes per incident.

Saudi Arabia: adopted a nation-wide emergency SMS alert system that uses mobile GPS to alert individuals when they are in dangerous areas or near emergency scenarios.

Washington, D.C.: it uses gunshot sensors that alert authorities immediately to gunshots rather than having to be called.

Smart Water is the new term that’s included in smart city development; sparkling water is a waste water infrastructure that ensures that the water and energy used to transport it are managed efficiently and effectively.

The problems that we face with water currently are water loss due to leakage, overuse of water, energy consumption, and much more. The solutions that smart city include dealing with the water problems includes intelligent water grids, SWGs, that gives water security and safety of water consumption.

Another solution that we have is smart water metres, unlike manual metres, have the heightened ability to detect low water flow in pipes and potential block flow, which can lead to issues with how the system is operating. Additional solutions include smart pumps and valves that can access environmental conditions and adjust the activity rates accordingly.

The Netherlands: this city installed levee sensors and pump stations, and it combines that data with the modeled weather events to predict and combat the effect of floods and droughts in the region.

Castellon, Spain: It has 30,000 smart water meters that can communicate with each other and adjust the flow as necessary to remain efficient while requiring much less energy than normal meters function.

One of the critical factors that should be considered while planning for a smart city is whether the city can transport goods, services, and people at an effective rate. Because of inefficient transportation, excess traffic, and over-dependence on personal vehicles, there is a need to optimise travel using smart technology and provide individuals with alternative options.

One of the solutions to this is through mobile apps that give time estimation of trains, buses, and other public transportation. The app should also provide time estimates for each route and provide with the alternative way as well. Another trend is switching to electronic vehicles or EVs. These vehicles eliminate emissions. Another option is renting bicycles rather than using emission-generating transportation.

The best thing that smart cities provide us with is the ability to monitor specific traffic patterns and common congestion point through sensors located inside of cars. The data gathered can be as simple as an area where drivers are required to brake while driving, or managing a large volume of traffic or intersections that may need to be reshaped for the public good.

The technology can also be used to monitor deteriorating equipment, such as traffic lights and pedestrian signals or detecting the effect of traffic on the environment. One of the significant examples is in Las Vegas there are sensors attached at the intersections that can take in carbon dioxide and used to determine apparent traffic patterns to assure if cars are not idling and generating exhaust unnecessarily.

The author is Harikrishna Kundariya co-founder, director of eSparkBiz Technologies

Home Automation Will Increase in Popularity in the Next Decade

Smartphone app could use fingernails to detect anemia

The 5G And IoT Revolution Is Coming: Here’s What To Expect