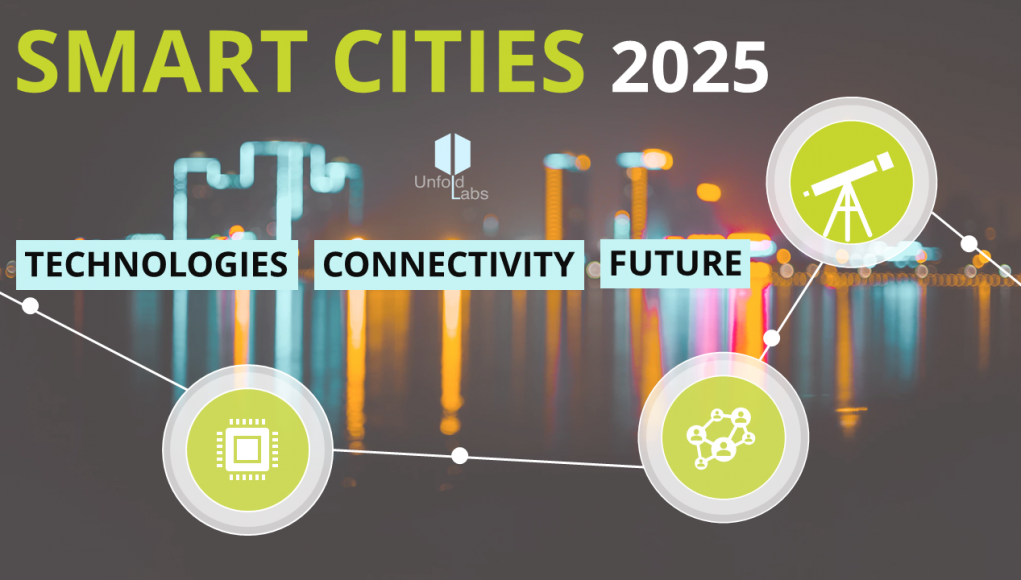 Smart cities and smarter projects have been among the most actively discussed realizations made possible by IoT, data, connectivity and by leveraging a mix of varied technologies. The interest in smart cities continues to grow, driven by a range of socioeconomic and technological developments across the globe.

A smart city responds to the challenges of our time and quality of life. It also ensures that the city meets the needs of future generations — In terms of economic, social and environmental issues. In short, it is a good place to live with the best possible quality of life and most efficient use of resources. Worldwide smart cities market will grow from its current $622 Billion to $1 Trillion in 2019 and $3.48 Trillion by 2026, registering a CAGR of 21.28%.

Mankind has recognized the benefits of urban life. As of 2018, we have 4.2 Billion people in urban cities. And by 2050, the urban population is projected to increase to 6.8 Billion. For the next decade, these urban consumers will be the primary driving factor of global consumption growth adding about USD $20 Trillion per annum to the global goods spend. Urbanization will contribute to sustainable growth thereby increasing productivity, allowing innovation and improving lifestyle.

However, such rapid urbanization is not without a cost. The more significant opportunities for social and economic development are created, the more pressure is exerted on the infrastructure and resources, escalating social inequality.

The main reason for the smart city development is the ever-growing urbanization in city spaces. Additionally, there is an increase in global life expectancy. 617.1 Million of the world’s population is above the age of 65 and is expected increase to 1.6 Billion from 2035 to 2050.

Keeping the increasing population age in mind, Smart Cities are aiming to create a more sustainable environment and some of the propelling factors are,

Global warming is accelerating faster than humans can handle. It’s just not the industries emitting green-house gases, 39% of the carbon emissions comes from residential and commercial buildings. And 33%of the emissions result from transportation. Its predicted that, Information and Communication Technology (ICT) has the potential to curb global greenhouse gas emissions by 15% by 2030. ICT is the only transitional tool that can help us grow into low energy/renewable energy users.

For Example — Mexico, ranked as the most polluted city on the planet has recorded a huge cut down in CO2 emissions through its ProAire’ program. China’s sponge city initiative is working to absorb and reuse 70% of rainwater.

With city transportation being an important pillar for quality of life of citizens, there are new pressures on cities to augment their infrastructure and facilities. In today’s date, most of the cities face several challenges with respect to traffic congestion, inadequate parking spaces, inequitable access for all residents, lack of last mile connectivity, and pollution. These can be easily addressed by Smart transportation solutions by offering an integrated mechanism like,

Connected Rides — $4.3 Billion dollars are saved annually from ride-sharing services. In turn, there will be less cars on the road, leading to less emissions.

Smart Parking — One of the most common problems with transportation in urban areas is to park vehicles. Smart apps like JustPark are being developed to reinvent parking for the smart city era. Tesla’s will be able to park by themselves.

Traffic Management — Congestion is a big menace for all of us. Traffic management is getting smarter and efficient with the integration of big data and IOT. Example — Pittsburgh cuts down traffic jams by 40 percent using radar sensors and cameras to recognize traffic activity.

Example — A city in China has installed sensors into 10,000 taxis, 7,000 buses and 1 million private cars. This data is transferred to an Information Centre, where experts centralize, analyse traffic data and send updates to commuters.

Citizens are empowering themselves to be service providers by themselves in the smart city. They are adopting smarter ways of living. Example — By adding solar panels, citizens generate their own energy than relying on the grid services from the city.

By 2030, the world is projected to have 43 megacities with more than 10 million inhabitants. With the rise of smart cities, there is no shortage of the benefits of connectivity. Moreover, as IoT continues to advance, it has the potential to enable cities to become smart using data collected by smart technologies like sensors which are attached to virtually every vehicle, device, or piece of equipment which is used daily in a city.

The leading players in this market are delivering smart infrastructure, IT and communications solutions to cities, supporting the cities across multiple operational and infrastructure issues.

The smart cities initiatives are to reach US$95.8 Billion in 2019. The Asia Pacific region represents almost 40% of the total global expenditure. Following are some cities which are leading the way in urban sustainability and smart initiatives,

Though connectivity brings about a slew of benefits, it also creates a new attack surface for adversaries like data privacy and data theft.

Every feature in a smart city involves data collection. With data collection comes data privacy issues. And such issues will only increase as the amount of data gathered continues to grow.

However, only with real analytics data, we can get the real advantages. Example — Smart water meter technology helped Barcelona save $58 Million annually. With smart sensors, operating costs were cut by 30% in South Korea.

Ann Cavoukian, a pioneer in data privacy and security cautioned that there is a current lack of trust when it comes to the privacy of our data and how it’s used and expressed concern for privacy in smart cities.

These examples testify on how an entire smart city can become vulnerable and how the tons of gathered data raise the question of ownership, anonymity and quality

Technology has been advancing swiftly, and it has been difficult for legislation to keep up with the privacy policies and data hacks. Just as GDPR was passed in Europe there is an immediate need of some policies surrounding data regulations in smart cities around the world.

In my opinion, other than the smart technologies for smart cities and data regulation policies, governments and the leading companies making a mark in this domain, should seriously ponder over the below thoughts

How Blockchain Can Help You Start, Grow and Protect Your Business

Everything You Need to Know About the Internet of Medical Things