Home IoT Putting the local community at the heart of the smart city: Part... 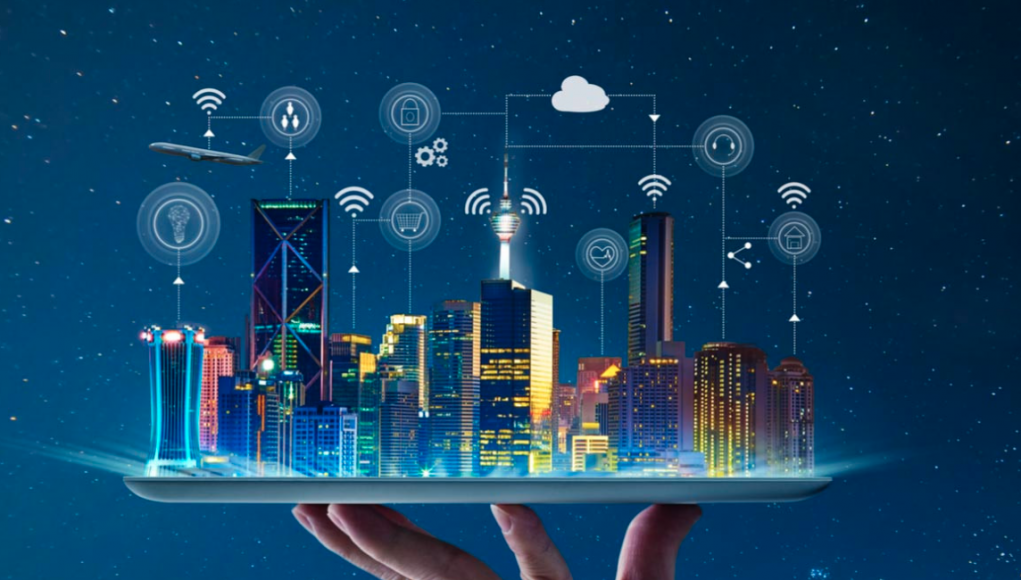 According to Frost and Sullivan’s smart cities report, the global market is forecast to be worth a staggering $1.56 trillion (€1.43 trillion) by 2025. This perhaps comes as no surprise given the continuous rise in the number of smart cities being ‘created’ world-wide, from Amsterdam, Dublin and Peterborough, to Dubai, Taipei and New York City.

Earlier, we discussed why smart cities are the secret ingredient to socio economic success. In this part, Mikael Sandberg, chairman of VXFIBER, says, it is being driven, in part, by the need for national and local governments to address the key economic and socio-economic issues facing their citizens – a better and safer quality of life; access to improved digital public services; and a more sustainable, but cleaner, way of living, to name a few.

These good intentions to make life more convenient, secure and sustainable may be clear to those directly involved in the efforts to build a smart city, but they are not always communicated effectively and efficiently to the citizens involved. This has led to misconceptions and miscommunication, which can, in part, be linked to the shift in public opinion toward the use of their personal data by governments and private companies.

For example, in June this year, UK privacy campaigners warned that Peterborough residents were ‘being treated like lab rats in a surveillance experiment’, as the city conducted a trial to turn it into a smart city. The reality was that full consent had been sought and given by residents involved in the proof of concept, but that didn’t stop the haters.

This, and other instances just like it, highlight the importance of a collaborative approach when building – or regenerating areas to become – smart cities. Part of this is helping citizens to understand the positive impact that becoming a smart city will have on their local area, helping them to see the opportunity for what it really is – a solution to bring about socio-economic, as well as economic, change.

Working with local communities, councils, as well as citizens and business, is just as important to preserve local identities, and create a future that is beneficial for all. Engaging with the city – its residents and businesses – helps those involved with the project to gain invaluable insight into the make-up of an individual area and have a clearer understanding of what the community wants to achieve. Aligning objectives also encourages citizens to have their say over a project that is going to have an impact on their daily lives, and quite simply, gives them the opportunity to really take charge of their digital futures.

Some could argue that having too many ‘voices’ from invested stakeholders (including citizens) could be a hindrance to momentum and project roll-out, but this is not the case. South African fibre-to-the home (FTTH) provider Vumatel believed that it was important to engage with the local community at the proof of concept stage. Before it commenced with its first-ever roll-out of FTTH in the Johannesburg suburb of Parkhurst in 2015, Vumatel held a series of meetings with local associations and institutions, including schools in the district.

It wanted to ensure that there was no confusion about what Vumatel was trying to achieve, and the meeting offered it a platform to educate and highlight just how the project would benefit the whole Parkhurst community. This highly successful approach was welcomed by both the residents and businesses, garnering both an interest and increased demand in FTTH in Parkhurst and beyond. As a result, additional full-fibre roll-out projects followed, beginning in the suburb next to Parkhurst, then the rest of Johannesburg, and onto Cape Town (2016) and Durban (2017).

Collaboration with local communities and businesses has been at the heart of VXFIBER’s full-fibre roll-out projects in the UK, with Stoke-on-Trent City Council and the Grosvenor Estate in London, as well as across Europe – from Sweden to Germany – and South Africa.

It believes that if citizens, businesses and local governments can work together, common goals are achieved with greater effectiveness and efficiency. What’s more, this integrated way of working is much more likely to see in a greater sense of enthusiasm from everyone all round!

For example, in the case of the Grosvenor Estate, a survey was commissioned asking over 300 residents and businesses their views on connectivity in the borough i.e. if full-fibre was something high on their agenda.

The findings of this research gave VXFIBER and the Grosvenor Estate invaluable information to the needs and concerns before the project began. To date, there has been a 70% take up rate from the pilot project and no customer complaints.

Furthermore, in Stoke-on-Trent, VXFIBER will be deploying a citywide, open-access gigabit network – a project that represents a significant milestone in the City Council’s drive to transform Stoke-on-Trent’s digital landscape. Unlike other fibre roll-out projects, in Stoke-on-Trent, the focus is not on profit, but the mission is to help individuals and businesses gain their digital freedom. It does this by combining money and purpose to create value, a better environment and better relationship with the local community. The financial reward is the result of this approach, rather than the prime objective.

Along a similar thread is the Smart Dublin initiative. As a collaborative project from the four Dublin local authorities, it uses a mixture of public/citizen engagement and consultation with smart technology providers and researchers to solve challenges and improve city life. This has included the Smart Sandy project to promote economic development and the DLR Online Grants Management System that increased the accessibility of a grant application process to a wider audience.

Other smart city projects have taken this collaboration a step further. In Barcelona, the city government has applied existing technologies to solve issues such as pollution and affordable housing and given its citizens ‘digital sovereignty’. Central to this is the online platform – Decidim – which enables them to vote on issues related to the digital identity of the city and putting them in charge of their own social policies.

By ensuring this sense of collaboration and community spirit is front of mind, we are much more likely to garner much needed public support for the development of smart cities globally and work more effectively to achieve a future where smart cities are the norm. If we recognise that becoming a smart city is a local, relevant issue and puts residents in the driving seat, people will not only be engaged, but also enthusiastic about the changes that will benefit them.

The author is Mikael Sandberg, chairman of VXFIBER

How to Use the Internet of Things in Business

TOP WAYS HOW SMART HOME APPLIANCES CAN HELP YOU SAVE ENERGY