Home IoT The Most Promising Areas You Should Focus on as a Home Automation... 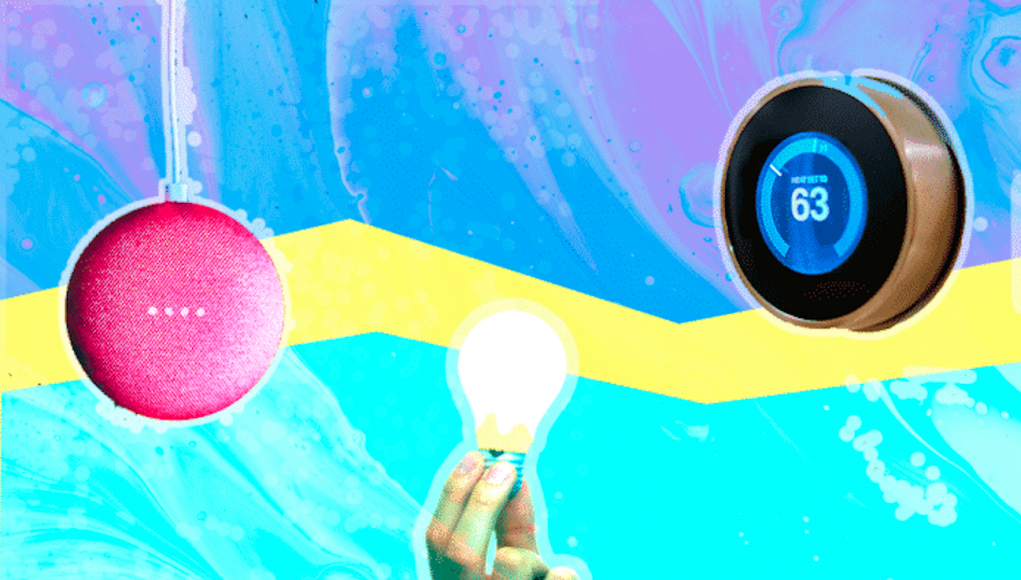 Businesses should pay attention to new opportunities in the smart home. Entertainment, security and smart kitchen devices are the most promising areas of development for rising smart home startups.

The graphic above shows that smart home gadgets, security systems and IoT control devices will bring in the most revenue in the coming years. As consumers are becoming busier and more stressed, they require more convenient and time-saving methods to manage their home lives. Simple and helpful IoT devices will remain in high demand in the near future.

Thus, if you are seeking an area to hit with your new ideas, we recommend paying attention to one of those. Let’s explore them in more detail as well as other sectors with high IoT development potential.

72 percent of US citizens would like their smart home devices to have built-in voice assistants. These days, you simply can’t ignore the rising popularity of voice control. Not just smart home assistants, but microwave ovens, cleaners, TVs and clocks will have virtual assistants built-in in 2020 and beyond.

Talking to the IoT devices greatly simplifies routine home tasks. You can do the laundry, set an alarm or clean up the room by simply saying it. Users also like to use their smart TVs, smart speakers and wearables as the access points to their home voice assistants.

With the above facts, it looks like a nice perspective to build something new and value-adding in this area. For instance, you might offer users a hands-free experience while cooking, cleaning or playing with children.

That’s because consumers are more concerned about their home security than ever before. They want to know when an unexpected guest approaches their house, control any aspects of the home safety and react instantly. Because of this, you can find a bunch of smart video doorbells on the market. They let you view the guest approaching your front doors through the camera and lock the doors if necessary.

However, the existing security systems are either hard to install, expensive or don’t fully answer clients’ needs. Now, homeowners require an all-in-one system with security cameras, temperature, air quality and even video or audio appliances put together.

So Why Not Answer This Demand?

If you’re a home automation company, development of IoT systems with advanced control options looks like a promising area. For example, you can let users control the heating, energy, air quality, security and more via a single app. And don’t forget to protect your IoT system against security risks. Moreover, thanks to the presence detection feature, a connected system can distinguish homeowners from strangers.

The rising cost of electricity is a serious concern for homeowners. Thus, smart lighting products such as Wi-Fi-enabled switches, occupancy sensors and dimmers are becoming more and more popular.

In fact, smart lighting is the first entry point in home automation. So even if a user hasn’t got any IoT devices yet, they might consider buying a connected lighting system. Moreover, since most of the IoT lighting systems are easy to install and don’t require any home modifications, even renters can try one of them. This is a huge base of potential customers for you.

So, take a look at this market and create something we haven’t seen before. We also recommend paying particular attention to the aesthetics in your IoT system development. Since now homeowners require not only energy-efficient but also stylish lighting, make sure that all the IoT devices look and feel intuitive.

IoT Solutions for the Smart Kitchen

Kitchen is one of the biggest gap areas in IoT development for a smart home. While there are lots of ideas of kitchen gadgets, few of them were really implemented. So, if you’re looking for a promising area in IoT system development, the kitchen is the right place to go. The possibilities here are numerous.

For example, you could:

Just avoid overcrowding your IoT system with too much functionality. Above all, it should help users in their common routine duties and be easy-to-use. For example, let them control any kitchen gadgets with the voice or via an intuitive user interface.

Let’s say you want to prepare a specific dish. You ask your smart assistant about the necessary food ingredients. Meanwhile, the connected fridge checks if you have all of them and orders more if necessary. Then the oven sets the optimal heating time and temperature. You can also set your kitchen camera on to record your cooking for the YouTube channel. Sounds intuitive, right?

By 2020, 152 million cars will be connected to the Internet. And since vehicles are deeply integrated into users’ lifestyles, they might be a good choice if you want to build some cool IT gadget to control home devices.

For example, users could manage their home appliances via a car dashboard: turn on the oven or fill up the refrigerator on the way home. Or the temperature sensors installed inside the car can automatically detect if it’s cold out there, turn on the heating in the house or draw a bath.

In fact, the revolution has already started: BMW, Hyundai, Mercedes-Benz and Toyota all use Alexa for remote car management. You have no longer to leave your house to check the tire pressure and fuel level readings – instead, you can do it in your living room.

Such applications have proved to be very popular among customers. So, you might go further in IoT development to create something new and powerful.

Since you can find a lot of smart speakers and smart TVs out there, you might wonder “How can I thrive in this crowded market?” But the entertainment niche is rapidly changing and isn’t going to stop.

For example, the demand for wireless audio systems with top quality sound has grown among users. They also expect IoT gadgets to be unobtrusive and easy-to-use. For example, gesture-controlled or voice-controlled IoT devices hidden in the walls or in the ceiling will remain highly popular.

You might also consider building an IoT system with audio, video devices and lighting controls put together. Such unified controls are trending among users since they provide a seamless experience. For example, the system with a Movie Mode can adjust the lighting, turn on the TV and sound speakers at the same time.

Another trend for the nearest future is an immersive experience with the use of new technologies (3D/4D, AR/VR or else). Since the number of tech-savvy users is growing and the immersive tech hasn’t been used to its full potential yet, this area seems favorable for future IoT development projects.

The Future for Home Automation Companies

Whatever area you’re aiming at, your IoT device or system should solve your customers’ problem and answer their needs. First, consider making it useful, simple, enjoyable to use and smart. And, make sure to find a reliable IoT development company with rich tech expertise. This way, you can avoid building over-complicated connected systems and create something useful instead.

Amazon Echo, Google Home or none of the above?

How IoT and Big Data Applications Will Revolutionize Our Smart Cities