Home IoT The IoT and Bees: a Technology That Could Save Our Future 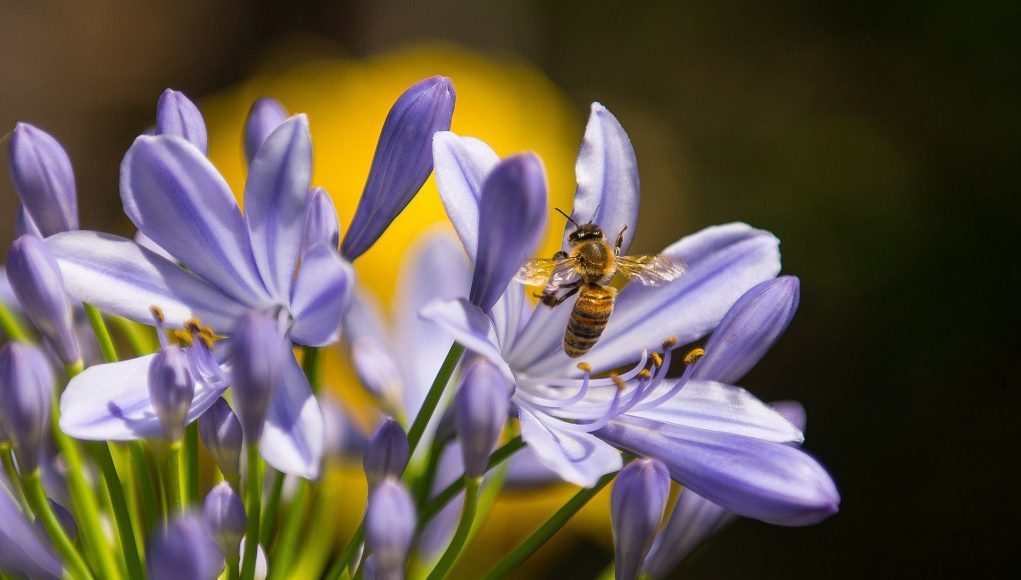 As they flit from plant to plant to feed, bees also engage in the essential task of pollination. But over the last 15 years, populations of honey bees have plummeted, leading to concerns about the future of food production. More than $15 billion of U.S. food crops are pollinated by honey bees each year, according to the U.S. Dept. of Agriculture.

Just as technology has touched every facet of business and daily life, it is also being harnessed to find new ways to feed the world. The internet of things (IoT) is helping find solutions to pollination and crop yields — and even the potential for humans to colonize Mars. Swarms of tiny drones and robotic bees that mimic insect flight are being tested to see if they might someday become viable high-tech pollinators and explorers of other planets.

Why Bees are Dying

In the time between April 2018 and April 2019, U.S. beekeepers lost more than 40% of their honey bee colonies, according to the most recent annual survey conducted by the nonprofit Bee Informed Partnership, led by the University of Maryland. While some die-off over the winter is normal, the rate of bees dying each year has grown. The 2018–19 loss is the second-highest since the survey started in 2006, and the highest winter honey bee death rate recorded.

The umbrella term for much of the honey bee die-off is Colony Collapse Disorder, a syndrome in which adult bees disappear from colonies, but there are few dead bees in or around the hives and stored food hasn’t been raided by pests. Entomologists working to solve the mystery are looking at a number of causes. One major concern is Varroa mites, which suck the equivalent to bees’ blood and transmit deadly viruses. Poor nutrition may weaken bees’ immune systems as well, making them more susceptible to disease. Further, pesticides may also play a role in the demise of bee populations.

IoT Robot Bees to the Rescue?

If honey bee declines escalate, engineers are readying technology that can fill the void through artificial pollination. One solution might be an insect-like drone outfitted with a specialized gel that can capture pollen on one plant and release it on another. An addition of horsehair to the drone mimics a bee’s fuzzy legs, allowing the pollen grains to better adhere.

The 1.6 by 1.6-inch drone with four propellers was developed by Japan’s National Institute of Advanced Industrial Science and Technology and has had test flights between water lilies. However, the diminutive drones’ practicality at this point may be hampered by the fact that they require humans to handle a sometimes difficult-to-maneuver remote control to steer them to blossoms.

A similar drone bee called the B-Droid is under development at Warsaw University of Technology in Poland. This robotic pollinator uses cameras to find flowers and fly to them. Then, tiny brushes collect the pollen. Tests using a wheeled, rather than flying, version of this robot to pollinate garlic plants yielded 165 seeds, compared with just 23 seeds in a control group where the B-Droid didn’t drop in.

Meanwhile, at Harvard, solar-powered robotic bees, dubbed RoboBees, aren’t ready for the great outdoors but are getting closer. For now, they need a light source about three times stronger than the sun and are being tested using bright halogen lamps. The RoboBee has two wafer-thin wings that flap 120 times per second when an electric field is applied. Each miniature robot is about half the size of a paper clip and weighs less than one-tenth of a gram. Its smart sensors respond to the environment, and a group of them can perform as a colony of bees, coordinating their behavior with a bevy of other robot bees.

Mechanized insects may eventually have extraterrestrial roles as well. These could go far beyond pollination to such tasks as the exploration of Mars’ topography and atmosphere as well. Researchers at the University of Alabama in Huntsville in partnership with the Tokyo University of Science in Japan are developing Marsbees. These bumble bee-sized drones would be fitted with video cameras and fly with battery-powered wings.

Swarms of Marsbees could fly over the surface of the Red Planet to gather data and be tethered to a central rover that would act as their hive. Rather than one large rover doing the exploration, robotic bees could be programmed to perform different tasks, and if a few experience mechanical failure, there would be many more to continue the work. Another advantage is their light weight, so that a number of them would be easily portable for the journey from Earth to Mars, whether it’s undertaken by NASA or Elon Musk’s SpaceX. They might even be able to detect signs of life, using sensors for gasses, such as methane, emitted by living organisms.

As technology continues to advance, interconnected technology may be able to help challenges as large as ensuring a global supply with innovations as small as an artificial replica of the honey bee buzzing in a backyard garden.

The future of the IoT: from edge computing to 5G