Home AI How Far Are We From Wireless Electricity? 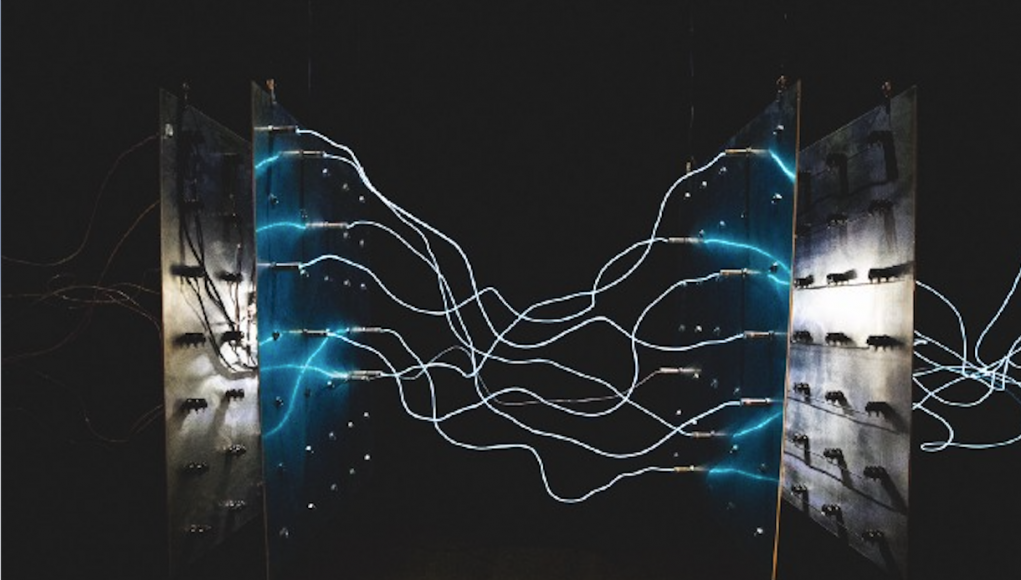 The modern scientific revolution has reincarnated Tesla’s extraordinary idea which was once considered a pipe dream, and the prospects are incredibly appealing.

A little-known Serbian-American scientist by the name of Nikola Tesla designed a device that can produce and transmit electricity wirelessly.

The Tesla Coil was the prototype of a technology Tesla considered to be the holy grail of energy transmission.

The Tesla Coil is an electrical resonant transformer circuit. It is a radio frequency oscillator that drives a transformer to produce high voltages at low currents.

The coil works through the principle of electromagnetic induction in which a conductor is placed in a changing magnetic field and produces a voltage across the conductor.

Tesla put out demonstrations showing how the coil could be used to wirelessly power light bulbs located meters away.

Even by modern-day standards, Tesla was way ahead of his time. But his ambitions transcended beyond the Tesla Coil prototype.

He envisioned a world where all of humanity could have cheap, or even free electricity. He pushed boundaries to create something more functional in the real world.

The Wardenclyffe Tower was an experimental wireless transmission station built to broadcast telecommunications around the world.

However, Tesla’s major obsession was with the wireless transmission of energy. He received funding for the construction of the tower by concealing it under the banner of telecommunications.

He had already proven that high-frequency signals could be transmitted without wired connections using the Tesla coil transformers.

Further secret experiments in his lab convinced him that he could transmit electric power using the earth’s upper atmosphere. The Wardenclyffe Tower was a prototype for what Tesla imagined to be a grid of towers spanning the globe and accessing wireless energy remotely from a central station.

Tesla’s plan was to generate electricity from a nearby coalfield and send it across the world using the tower, similar to how radio waves are transmitted wirelessly over long distances.

In an interview with The American Magazine, Tesla captured his vision so vividly:

“Power can be, and at no distant date will be, transmitted without wires, for all commercial uses, such as the lighting of homes and the driving of aeroplanes. I have discovered the essential principles, and it only remains to develop them commercially. When this is done, you will be able to go anywhere in the world — to the mountain top overlooking your farm, to the arctic, or to the desert — and set up a little equipment that will give you heat to cook with, and light to read by.”

Unfortunately, Tesla’s wild ambitions did not see the light of day. This is after the project’s financier JP Morgan pulled out his funding and Tesla ran bankrupt.

The unfinished tower was demolished in 1917 to meet some of Tesla’s financial obligations.

Up until now, the concept of wireless electricity was buried under the rubble of bureaucracy, political, and financial constraints.

Wireless Electricity in Our Generation.

It’s been more than 100 years of dashed hopes. Several companies are now coming into the market with technologies that can safely transmit power through the air.

Energy is converted into electromagnetic radiation by a transmitting antenna, picked up by a receiving antenna(a rectenna), and then distributed locally by conventional means.

First, the transmitting antenna transforms electricity into microwave energy and focuses it into a cylindrical beam. The microwave beam is sent through a series of relays until it hits the rectenna, which converts it back to electric energy. Simple, right?

This is the same thing that happens in any radio system, but in radio, the amount of power that reaches the receiver can be minuscule; picking up a few picowatts is all that is needed to deliver an intelligible signal.

In contrast, the amount of raw energy sent via wireless power transfer is the most important consideration. The fraction of transmitted energy that is received becomes the key design parameter. As such, efficient ways of minimizing losses have to be devised.

Emrod found a way to address this challenge. They adopted ideas from radar and optics. They use metamaterials(in the relays) to focus the transmitted radiation more tightly than previous microwave-based wireless power attempts.

This method of transmission minimizes power loss. Emrod’s CEO says their system is 70% efficient, which is short of copper wires but still economically viable in some cases. The company plans to improve its efficiency even more in the future.

Notably, the technology is reliable as it is not affected by weather or atmospheric conditions therefore unexpected power outages will be a thing of the past.

One issue that raises concern is that of safety. Emrod’s electromagnetic beam operates at frequencies classified in the ISM(Industrial, Scientific, and Medical) beam which are harmless to human health.

For now, the startup is seeking to bring energy to communities that are off the grid or transfer energy from offshore sources.

The Prospects of Wireless Electricity.

One would argue that wireless electricity is one of those overhyped inventions that we don’t necessarily need. After all, we already transmit electricity and it works just fine.

This is far from being true. The hidden costs of the conventional method of electric transmission are extremely high.

Setting up power lines and their maintenance is expensive, not to mention the geographical constraints that limit the expansion of electricity networks to remote areas.

The ships at sea, electric cars, or planes would potentially be able to recharge while in motion. This would solve the problem of the range, especially for the proposed commercial electric planes.

But perhaps the biggest revolution it will fuel will be that of transitioning to a clean, cheap renewable energy source for the whole world.

We can realize this in two ways:

According to Global Energy Statistics, the world’s total energy consumption in 2019 was 13000 Million Ton Oil Equivalent(MTOE).

This translates to 17.3 Terawatts of power.

Now, if we cover an area of land equal to 350km by 350km with solar panels, it can provide more than 17.4TW of power. This area is about 43000 Square miles. The Great Sahara Desert is about a 3.6million square miles of more than 12 hours of solar power per day.

This means 1.2% of the desert is enough to cover the world’s energy needs. And there is no way nuclear fusion or any other cleaner source of energy currently under development can compete with this.

What if wireless electricity becomes a thing, we utilize a small portion of the Sahara to harvest solar energy and transmit it across the globe without the need for expensive copper wire lines? Wouldn’t that be a major breakthrough in solving the energy crisis, pollution, and climate change?

Giant solar panels harvesting the sun’s energy in space and transmitting it back to Earth sounds like a crazy scene from a futuristic sci-fi movie.

Conceptualized by Russian scientist Konstantin Tsiolkovsky in the 1920s, the idea of space-based solar power(SBSP) has remained elusive for the most part.

Things are gradually changing. A few months ago, The European Space Agency announced its plan to fund SBSP as a means to address climate change by advancing green energy production.

A space-based solar power system will provide clean energy to everyone, everywhere.

SBSP will use the wireless electricity concept. The plan is to convert electricity from the solar cells into energy waves and use electromagnetic fields to transfer them down to an antenna on the Earth’s surface. The antenna would then convert the waves back into electricity.

SBSP is an attractive solution for the looming energy crisis due to several advantages that will enable it to generate more energy:

Needless to say, SBSP still faces numerous hurdles, the biggest among them being the launching and deployment costs of huge solar panels. New manufacturing methods such as 3D printing of ultralight solar cells are under investigation as possible solutions.

Our generation has so much to gain and nothing to lose by pursuing the tremendous potential of wireless electricity. In the coming years, we can only hope that the current efforts geared towards the realization of this massive feat will yield positive results.

Sadly enough, Tesla, the great inventor, won’t be around to see his dream materialize.

I’m delighted to pan out with one of Tesla’s famous quotes, a great source of inspiration for budding scientists world-over:

“If you want to find the secrets of the universe, think in terms of energy, frequency and vibration.”
— Nikola Tesla.

4 key areas where AI and IoT are being combined

How Internet of Things Will Revolutionize the Restaurant Industry

How to Succeed in IoT Business by Really, Really Trying