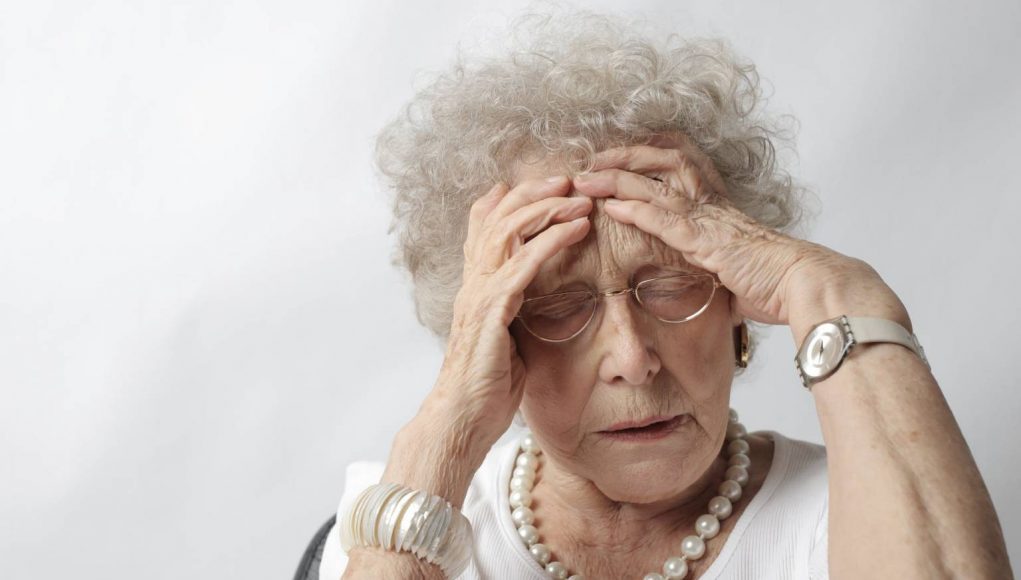 The human body grows old — dammit! As we age our bodies becomes a host to several diseases and inabilities. It’s like the reverse cycle of a young-one growing up that executes in the opposite direction. Here’s how AI and IoT in healthcare can help dementia patients.

With age, senior people tend to lose their ability to walk correctly, hear well, speak sharply, and they get blurred vision.

Dementia is the dysfunction of several mental conditions like memory loss, decision making, or thinking potential. In this post, I’m going to present how AI and IoT technology in healthcare can help support the conditions of such older adults.

Patients’ conditions get worse with time — eventually, the individual will even be unable to respond to their surroundings. Quite well known is that as alzheimer’s patients’ progress, their vulnerability to memory loss, makes it critical that their caretakers should not leave them alone.

No remedy for this disease is found yet — but the healthcare domain is striving to delay the disease’s onset.

When the person is affected by Parkinson’s, it creates disorders in the nervous system, and gradually they are unable to move. Initially, minor symptoms like slight tremors in hand or so, but slowly, the patients get stiffness and are unable to move.

There has been no cure to Parkinson’s, and medications just help with some symptoms in the early stages. Doctors sometimes do suggest surgeries for such patients to manage and control some aspects of their brain.

According to the Alzheimer’s Association Facts and Figures 2020, nearly 5.8 million people in the USA, age 65 and above, are currently living with Alzheimer’s dementia. And it is projected that by 2050 the figure may go up to 13.8 million.

The Parkinson’s Foundation estimates that by 2020, there will be around 1 million people living with Parkinson’s disease in America. On average, the medication cost of a Parkinson patient goes up to $2500 per year, and treating it with surgery can cost around $100000 per patient.

IoMT is the Internet of Things technology in the Medical and Healthcare domain. When IoT technology meets the healthcare industry, humanity witnesses powerful solutions. Mobile devices and sensors are proving themselves to be vital in helping the lives of patients, doctors, and healthcare professionals.

Internet of Things is a technology through which one can transfer data from one machine to another without mere physical contact. It is a wireless technology that distinct computers, sensors, and machines can communicate with each other.

IoT sensors enable doctors and nurses to access the health records and vitals of patients that are distantly located in their homes. These IoT sensors are connected with the Internet, and any major update will get instantly reported to the healthcare professionals. Both ways, IoT and Healthcare Technologies Converge for Better Patient Care.

How does IoT help Alzheimer’s and Parkinson’s patients?

One of the early signs of an elderly getting Alzheimer’s disease is that they start wandering. The gradual memory loss they face makes them vulnerable to getting lost. This threat lays a big responsibility on their caregivers or family members. Patients are not safe in their environment, and hence eventually, it becomes inevitable for at least one caregiver to be with them all the time.

In the case when a person comes under the influence of Parkinson’s, they start losing control over their nervous system. Most of the time, such patients are prone to falling while moving or while standing up. Their minds intend to move ahead, but their organs fail to execute the brain’s command. So even in this case, caregivers or family members are supposed to keep close to the patient and help them with routine activities.

IoT technology applied to devices like RFID chips, GPS trackers, and motion sensors used by these patients can help them become independent.

With such an arrangement when the patient moves away from their home or routine, their IoT sensors notify their caretakers or nurses. In this manner, you can watch the whereabouts of your loved ones when they are having problems with memory.

Parkinson’s Disease and the Freezing of Gait (FOG)

In Parkinson’s disease, one of the prime issues that people face is the freezing of gait. It is the disability to move your body parts when your mind is ready to take a particular action.

In such an instance, the patient falls due to the miscommunication of the brain and their nervous system.

Now, IoT devices can keep track of a patient’s everyday routine movements and other body patterns and motions. The system observes if there is any unusual or abrupt pattern in the patient’s routine and will notify the doctor/caretaker about the possible threat of the FOG attack.

Most of the costs incurred for treating dementia comes under the caregiver’s costs.

All costs, whether it is regular nurse care or family member care-taking. While looking after a Parkinson’s or Alzheimer’s patient, the time-spent leaves a family member to do nothing else.

In comparison, the regular cognitive care provided by nurses is not affordable by many. When you pair modern AI technology with IoT devices for dementia patients, artificial intelligence can overlay the impression of the human brain of a caretaker.

You will be amazed to learn how artificial intelligence impacts healthcare.

The IoT devices used for dementia patients collect a considerable amount of data every moment. When you imply machine learning algorithms on such patient data, AI a caretaker’s applications can be trained to assist those patients in taking further actions accordingly.

AI technology can fulfill the vital role of keeping the patient’s engaged because most of the time, these patients suffer from depression and loneliness. Moreover, in the case of Parkinson’s disease, as the ML program denotes a consistently degrading behavior in terms of tremors and FOG incidents, it sends notifications to the doctor and family members to take specific actions.

Additionally, the data collected by AI technology via these IoT devices is a prime asset for the healthcare industry. Acute analysis laid upon such critical and massive amounts of data can turn up a high chance of finding prevention, delay, or cure for combating cognitive diseases like Alzheimer’s and Parkinson’s. The benefits of AI in healthcare are countless.

One of BRAIN’s research findings, a neurology journal, and Deep Learning Program can interpret MRI tests, age, gender, patient history, and neuropsychological testing to predict the likely chance of getting Alzheimer’s disease.

IoT being a younger technology, still has some underperformance. Smart IoT devices that are used for dementia patients have crucial information about patient health and vitals. AI is the best fit to leverage the use of such high-end data. AI in healthcare industry- is the next frontier.

Use Case: Internet of Elderly Things

Here, I want to depict a use-case researched by the IEEE Computer Society, where they have used the IoT technology with smart devices and imaging sensors to help the older people who have Alzheimer’s and Parkinson’s diseases live better lives.

The system collects data from various smart devices linked to the patients from their surroundings, understands the patient’s behavior from analysis of that data, and gives relevant recommendations for the patient’s better lives.

Different Health Monitors and Sensors Linked With the Patients:

What makes a smart city smart?