Home IIoT The (Smart) Home of Your Dreams 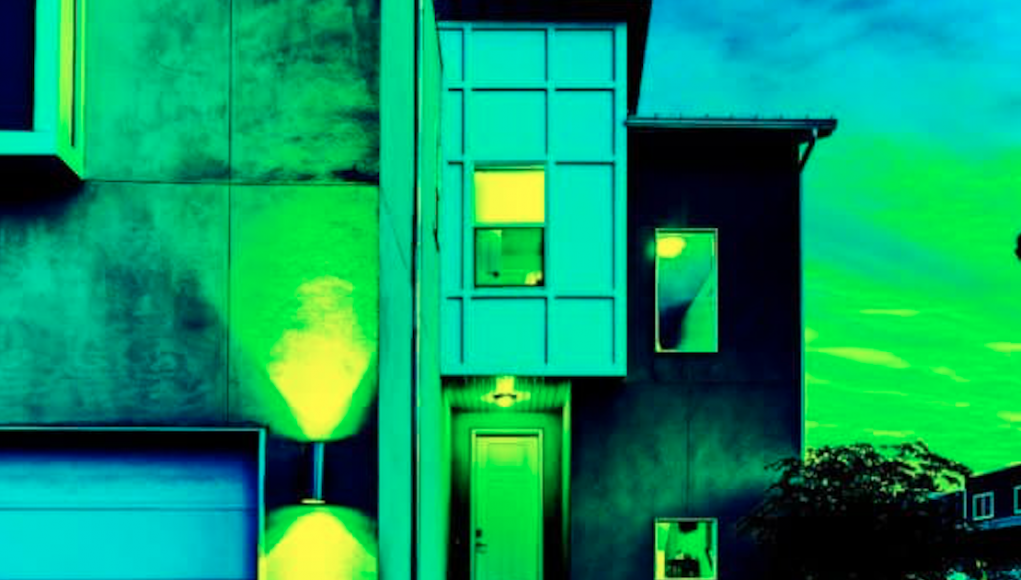 At some point, it’s going to strike us how connected everything in our home will be.

It’s 2028. You have a family and live in a 4-bedroom, 3-bath, 2-car garage detached home. If you live in the US or Canada, your home’s value is the equal in dollars to the population of the metropolitan area. For a regional population of 2M people, it’s value is $2M.

You’re an IoT enthusiast with some disposable income. What are some of the things that might be possible for you to do with your castle?  You spend a few thousand dollars on devices and integration to come up with the ultimate IoT setup. This is what it might look like.

No Keys, No Hands

As you arrive home (in your self-driven Tesluber ride), you walk up to the front door and it opens automatically. You don’t need to fumble for your keys. Keys are a bit antiquated now. The price of connected locks started to match those of regular locks about five years ago and you’re seeing that it’s getting harder to find a “normal” door knob that has an old fashion key in a hardware store. In fact, it just looks like your door knob has no key slot in it at all. There are no buttons, lights or noises either.

Anyone who approaches your house is on camera, anyone who opens the door, gets their picture snapped. This is the same in your backyard and all around your home. The external parts of your home are constantly recording video. There are also cameras in areas where you’re unlikely be naked – the kitchen, the basement, the laundry. Some have cameras in their walk in closets for real time fashion advice.  And for those moments of nudity, their are embedded chips in the camera sensor that blur out your private areas before the video is streamed to the cloud.

Cameras do much more than just record or be a witness to a crime. For security, they’re much more active. If a person the camera doesn’t recognize approaches the home, it’ll ask who the person is. If someone breaks in, they’re informed they’re being recorded and that law enforcement is on the way.

Security will encompass much more than protecting against crime. Computer vision applied to these constant feeds from around the home will make it possible to assess the wear and tear of the home and suggest maintenance tasks. If you prefer, you can setup a subscription that automatically schedules the maintenance, lets the repair person in, and then assesses the job afterwards.

For example, if the camera detects that a door has been open and closed 2,000 times and is starting to squeak, it might add “spray with WD40” to a task list, order WD40 with instructions, or schedule the repair person and add it to their task list. If the door starts to squeak again after 200 uses after it’s been maintained, it might score the repair person accordingly. Now, the device might also be able to correlate that performance with other performances of the repair person, opening up a new scoring system for hired labour.

These new cameras can also act as a concierge. If it’s a family member who doesn’t visit often, as they approach the home, you’ll get notified and then can either let them in or not, or decide to have the system broach the delicate topic of them not being welcome (in a way that’s socially acceptable).

One of the benefits of living in this new connected world is that nothing goes missing for long. Systems like Tile and TrackR have proliferated and are now 1/20th of the price they used to be. BLE6 (or 7) means that these devices last for years without charging and can be included in everyday objects.

Input and naming of device will be easy as the systems will learn to whom to assign ownership based on use, through vision-based learning, and through proximity to other objects. The mug that you use everyday becomes “your mug” to the system. If there are two or three mugs that are your favorite and you ask, “Alexa, where’s my mug?”, the system will be able to disambiguate with the questions “which one?”.

Household objects are easily found and we’ll be surprised that these location devices weren’t common place before. There’s also a real time inventory of all of the objects in our homes. Just as usage-based insurance (UBI) is common, so is home and property insurance based on the inventory of household objects. If you get rid of that expensive TV, why would you still pay the same rate for a theft endorsement on your insurance?  Objects can be sold and traded and a ledger based on blockchain is kept of object ownership.

But wait, there’s more… Just around now, companies are starting to add new ultra low power accelerometers, temperature, pressure, light, and even sound sensors to objects along with the trackers. These are starting to feed new data into AI systems for advice and feedback on our daily living.

You’re making your coffee too hot – it’s making your coffee taste bitter. You’re brushing your teeth too hard or not often enough. Your plants aren’t getting enough sunlight, open the blinds (or let us do that). These, at first, will seem annoying until the machines get better at presenting the data.

The tracking technology is so flexible that it’s now sewn into clothing. This has eliminated the need for inventory control and price tags. In stores, not only has it helped stop shoplifting (your shirt is activated to you on checkout), it also has made it much easier for robotic manipulators to pick out, fold, and place on display in retail.

Back at home, it first means that your favourite sweater never goes missing. It also means your home can give you insight into what goes well together. While devices like the Amazon Echo Look were good at giving fashionistas feedback on their outfits, the new technology means not having to pose for photos. You’ll get your own look book based on your wardrobe. In fact, the outfits presented to you are based on what’s clean in your closet.

Doing laundry also gets easier. New laundry machines are able to sense which clothes are inside, and can run the optimal setting based on the average of their wash recommendations. Stretch sensors also help determine the wear and tear of clothes and can re-order similar items based on what you’ve worn. The same sensors also give feedback on our health and fitness, warning that yes, your pants are getting a little tight.

Those of you who were fans of The Office (US) might remember David Wallace’s Suck It robot concept. Well, something like that is starting to surface. The Roomba and similar robots started to get manipulators a few years ago but the ability of these devices has exploded exponentially over the past 2-3 years from distributed learning.

Now, these devices can pick up clothes and toys, sort and prepare laundry, and put them in their place. The task of clearing a floor to allow for sweeping and mopping is done by the robot. They’re tucking in chairs, moving around shoes, picking up trash on the floor. They’ve even started to be less scary to pets, entertaining them and dropping them treats to earn their love. The robots aren’t yet cooking, but they are making our places seem less cluttered and cramped.

Counter top food prep boxes have started to make their way into our kitchens. They’re all purpose sous chefs in a clear plastic box. Taking up about a 9 square feet, they have in their enclosure peelers, knives, graters, and other utensils.

Chuck some vegetables from the fridge inside in the morning, along with some spice shakers, and before you get home, the vegetables will be cut and peeled and ready for cooking. The device will also keep the food cooled until ready for cooking. Services like Blue Apron might even ship compatible kits that look like cartridges that slide into these devices.

While Hue lights were big in the late 2010s, what’s big in the late 2020s are surface projections. DLP technology with 10K resolution and 240 fps will be able to map and project on surfaces throughout the home making for a unique and colorful experience.

This will also potentially replace light fixtures with different textures of light being projected around the home. Tying this together will be information displayed close to you as you need it, or even having missing objects traced or spotlighted. Together with facial tracking, the winscape from Total Recall might actually be possible:

Gone are the Echo and Google Home towers. These assistants now live in the walls and fixtures. They’re present but a lot more can be controlled locally because of advancements in home-based neural networks. There are no false triggers and the speech is unique and uncannily realistic. The AI now anticipates our need and can almost read our thoughts in determining the context of what we’re asking.

AIs are no longer working in a silo (literally, like an Echo), they’re taking in the information from a very large number of sensors and cameras. We won’t need to ask for things. More often, they’ll be asking us if they can help… and at the right time, in a way we won’t find creepy at all.

There are many other little changes that we’ll see pop up, but at some point, it’s going to strike us how connected everything in our home will be. Taking care of ourselves, living healthier, and maintaining property will be much simpler and easier. Hopefully, this will free us up for more creative pursuits.

Voice technology for the next generation

How smart home automation and senior emergency alert systems can improve the lives of our Elderly?

How IoT Could Transform The Business Models Of Essential Services