Home Smart Home 5G How 5G, IoT and the cloud work together 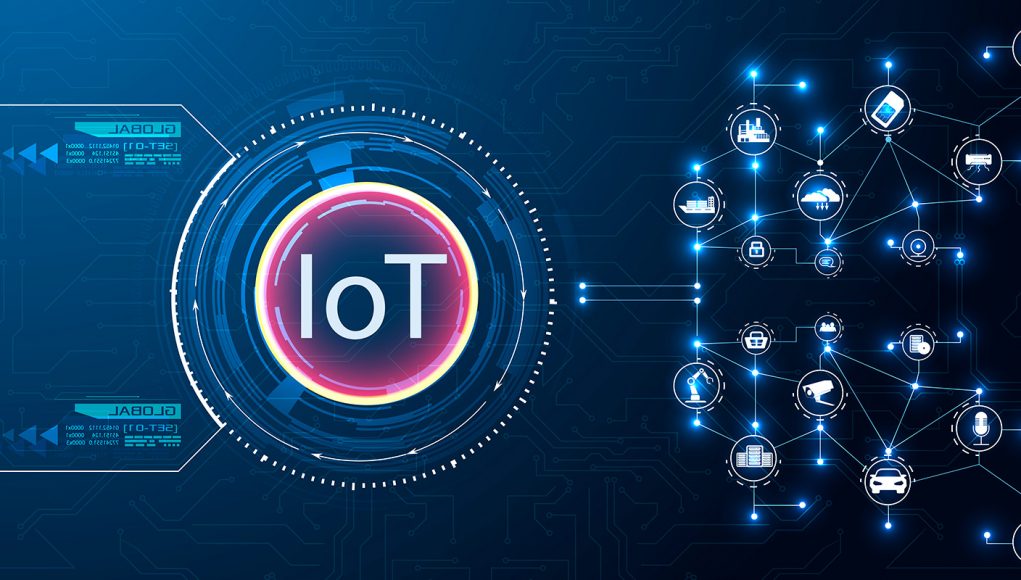 Coronavirus is proving a tipping point for tech adoption; cloud, IoT and 5G are at the heart of this acceleration into digitalisation, but are their benefits interdependent?

For many companies that were forced to shutter their business premises due to coronavirus restrictions, the cloud has helped their newly decentralised enterprise remain operational.

Research from Deloitte found those firms that fared better in the pandemic had already adopted virtualisation and cloud technologies. Those that hadn’t invested scrambled to do so; PwC reports spending on cloud rose 37 per cent during the first quarter of 2020.

Essentially, cloud computing allows businesses to run sophisticated applications and store data on several dispersed computers, accessible via an internet connection. During the pandemic, this meant company data and software applications could be accessed easily at home, instead of being locked into office-based servers.

Nabil Bukhari, chief technology officer of networking firm Extreme Networks, says pre-pandemic many businesses had avoided cloud adoption, either because of fear of the technical complexity or lack of budget. “The pandemic, however, has been a catalyst to overcome these fears,” he says.

In fact, Tim Devine, a technology expert at management consultancy PA Consulting, says with Microsoft Office moving to the cloud, it is now “endemic” in everything we do.

“Almost every smartphone app is connecting to a cloud service or application, so everyone is effectively using it,” he explains.

The shift from the cloud as a place to store data to computation processing was the game-changer, says Dr Jeremy Silver, chief executive of Digital Catapult, a digital technology innovation centre, as it allowed businesses to run virtual machines and services which created new applications.

“In the film and media sector, production companies are using cloud services to collaborate on editing and production of films. And it’s being used to exchange and manage data from sensor deployments in factory environments, which is one of the ways internet of things (IoT) technology and cloud are increasingly working together,” says Silver.

The increasing proliferation of IoT devices, therefore, could drive the adoption of cloud services. This will include hybrid cloud – a public, private and on-premise storage and computing environment – and edge cloud, where computation happens closer to the IoT device, as companies seek more control over their systems, says Chris Dando, chief technologist at HPE.

“Not everything captured at the edge will be processed in central datacentres, but at the edge for mission-critical reasons. Therefore, part of the IT environment is going to become more distributed, but this will very much depend on the individual use-case and the amount of processing power needed,” he explains.

Interest in IoT use-cases has also been boosted by the pandemic. According to a recent McKinsey & Company survey, the share of digital or digitally enabled products in company executives’ portfolios has been accelerated by seven years. Another report by Vodafone found 84 per cent of executives thought IoT applications were key to maintaining business continuity during the pandemic.

From connected household lightbulbs and thermostats to industry 4.0 applications, IoT networks encompass a huge range of capabilities that can vary wildly between sectors. And while the notion of IoT has been around for some 20 years, adoption had previously been slow. Is this because the cloud is first needed to facilitate it?

“No,” says Digital Catapult’s Silver. “The cloud enhances IoT, but it’s possible to run machine-to-machine data-gathering and to collect and deploy sensors across equipment and machinery in factories and receive the sensor data on a local area network, such as wifi, and to do analysis locally.”

However, the power of combining IoT and cloud can be “extraordinary”, he adds. “The cloud allows companies, for example, to sensor-monitor five different factories and create an aggregated view of the data, which can then be analysed by artificial intelligence for insights,” Silver explains.

Whether edge or central cloud services are required depends on the operation but, as a rule, for critical applications, such as deploying IoT-supported autonomous machines on factory floors, servers making decisions should be close by for reduced latency. Adding 5G networking could improve efficiencies further.

“The cost benefit is really strong when you combine 5G, IoT and, increasingly, cloud,” says Silver.

“Without the cloud, the cost of running the application would be expensive; sensors need to be low power and low cost, which wouldn’t be possible if embedded with operational software,” he says.

According to Dando at HPE, the acceleration in the adoption of IoT use-cases driven by the pandemic has included installing thermostatic cameras to monitor fever levels at building entrances and enabling hands-free access. This has required a scaling up of computing capacity, but not necessarily in one specific network.

IoT devices, he says, are likely to always connect across multiple communication methods, depending on the individual use-case.

“Things will be connected across Bluetooth, wifi, cellular and physically cabled networks; this will continue for a long time because the requirements of individual devices vary,” says Dando.

The impact of 5G, which offers ultra-fast speeds, increased spectrum and lower latency, on IoT and cloud technologies remains to be seen, according to Devine.

“5G will be required for massive IoT or many millions of devices all connected in a small area and the business case for those solutions are yet to be proven,” he says.

Massive 5G-enabled IoT is expected to be most valuable for industrial applications, including hospitals, railways and manufacturing, to support remote surgery and wireless autonomous machines that could utilise private 5G networking.

“In an industrial environment, with mission-critical processes that need real-time information, 5G is probably the only solution,” says Alicia Asín, chief executive of Libelium, an IoT applications company.

Early applications are being considered in manufacturing and German manufacturers, in particular, have been keen to buy private 5G spectrum, says Devine. It is also being explored in film production for wireless mobile automated cameras.

“For companies that already have an IoT solution in place, 5G will allow for a tremendous expansion of opportunities. We’ll begin to see more and more devices connecting together on the same network at speeds, and with an ease, that currently do not exist,” says Kevin Hasley, managing director of RootMetrics, a network performance measuring company.

But if speed and performance are not critical, 5G won’t be needed, says Asín. “A smart-parking network, for example, that requires low power and performance doesn’t need 5G. IoT is not really dependent on 5G or the cloud, it just depends on what you’re doing and how that might add to it or not,” she says.

For homeworkers, 5G will have to compete with fibre broadband, unless in an area with poor connection, then the next generation cellular network “might be a very convenient and speedy way of delivering that bandwidth”, says Devine.

“What’s going to happen first, I think, is with more IoT devices automating more workplaces over time, people will access the sensor data remotely over the cloud and that will mean demand for bandwidth and 5G will increase,” he adds.

For implementation, the difficulty will be integrating new generations of technology onto old generations. “It’s possible existing cloud services won’t be robust enough to support the new IoT 5G-led services that will be available,” says Devine.

Therefore, cloud, IoT and 5G are far from mutually exclusive, but as Dando says, together they are most likely “better than the sum of their parts”

Top IoT Devices That Will Become More Useful In 2019

It seems like every city wants to be “smart.” Not all of them are...